Justice Clarence Thomas is a Georgia native who was born in Chatham County. He was sworn into the Supreme Court on October 23, 1991.

ATLANTA - A state lawmaker plans to file legislation ahead of the 2022 session to put a statue of U.S. Supreme Court Justice Clarence Thomas on the grounds of the Georgia Capitol.

"I think we should recognize somebody who's served Georgia and Americans in such a, you know, distinguished way," said state Sen. Jason Anavitarte, R-Dallas.

Thomas is a Georgia native who was born in Chatham County. He was sworn into the Supreme Court on October 23, 1991. 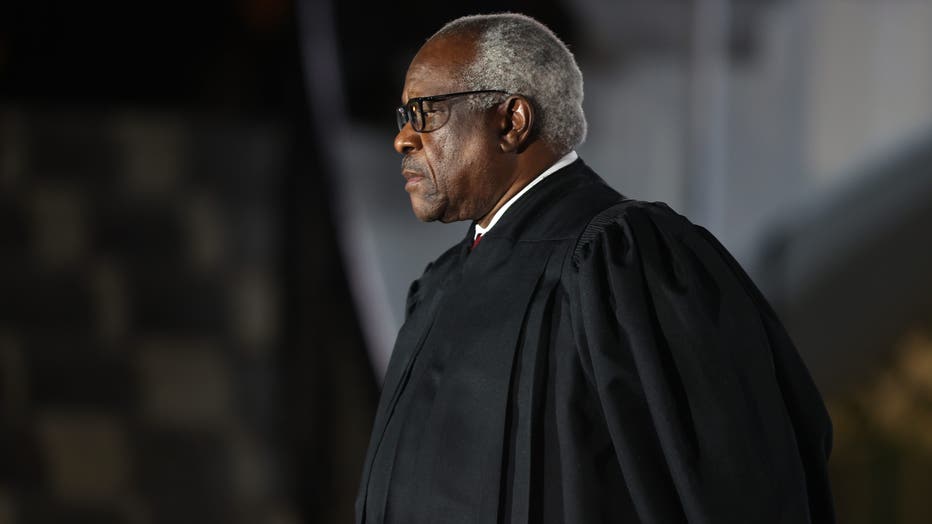 While Sen. Anavitarte said he has heard from many of his colleagues and even some people outside the state who support the idea, there are some who disagree with the proposal.

State Rep. Donna McLeod, D-Lawrenceville, publicly opposed the idea and said she has since received threats.

"The kind of vile, disgusting texts and emails I got were unacceptable and it shows the discourse that our country is in and it's wrong," said Rep. McLeod. "It's absolutely wrong."

Rep. McLeod said her opposition is not political but instead based on Justice Thomas' record on the bench.

Back in 2013, Thomas was one of five conservatives on the court who struck down a portion of the Voting Rights Act of 1965 that required several states, including Georgia, to get federal approval of any changes to election laws.

Rep. McLeod argues that lead to the passage of Georgia's controversial "Election Integrity Act of 2021."

"Anytime I see anyone threatening the vote, it is personal to me, and striking down Section 4 of the Voting Rights Act was very personal because that took away preclearance. And by not having preclearance, a state like Georgia, the one I am now serving in, could pass a law that basically was anti-democracy, anti-voting," Rep. McLeod explained.

Sen. Anavitarte said lawmakers should be able to discuss his proposal in a non-partisan manner.

"For me, this is really honoring somebody who has served Georgia on the courts for nearly three decades and I think we can have a serious, just, debate about it--a genuine debate--but I'm not going to get into the politics of what other politicians want to do," said Sen. Anavitarte.