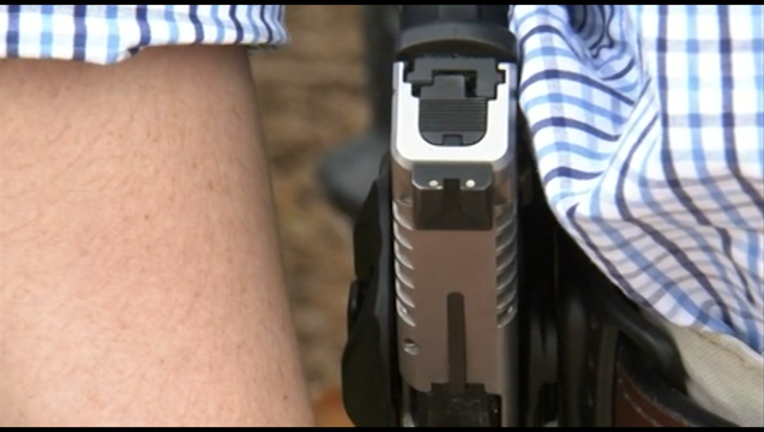 A subcommittee of the House Public Safety Committee approved the bill sponsored by Rep. Mandi Ballinger, R-Canton, sending it on to the full committee. Georgia is among 17 states that ban concealed weapons on campus.

The measure would allow anyone 21 and older with a state-issued permit to carry a concealed handgun on campus. Ballinger said she decided to add an on-campus preschool to exempted buildings, along with student housing and athletic venues, hoping that it would address some of Gov. Nathan Deal's expressed concerns last year.

Opponents of the bill, though, focused on other portions of Deal's lengthy veto message which cited a U.S. Supreme Court opinion by deceased Justice Antonin Scalia. Deal said Scalia wrote that schools and government buildings should be considered "sensitive places" under the Second Amendment.

Rep. Micah Gravley, a Republican from Douglassville, questioned several opponents of the bill and said no state law can "stop an individual from coming onto a college campus or into a theater or coming into a Capitol" with intent to harm others.

"I'm talking about those students who simply don't want to be robbed in a library and don't want to be left vulnerable if somebody comes into a classroom and starts shooting," Gravley said.

The panel's meeting was announced on Thursday morning and was the second quickly arranged meeting this week. On Wednesday, bill sponsors appearing before the group said they received less than two hours' notice of a hearing, which ended without taking any votes.

The bill seems likely to again get a vote in the House this year, with several influential co-sponsors and support from House Speaker David Ralston.