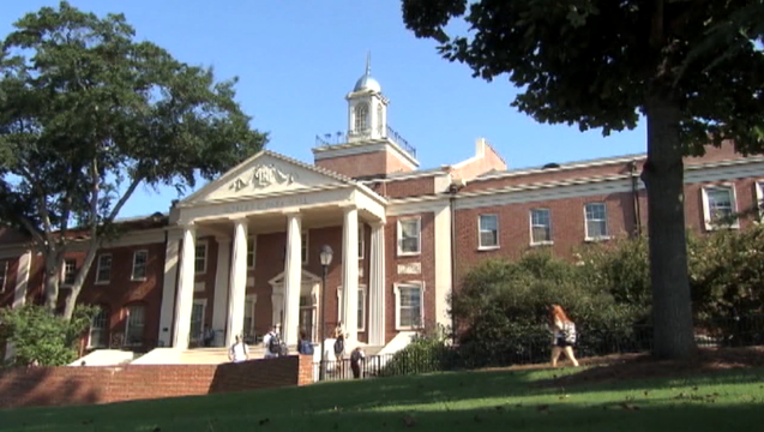 ATLANTA (AP) - The Georgia House approved limits Wednesday on colleges' disciplinary hearings on sexual violence, despite opposition from advocacy groups that warn it will discourage reporting of the crimes and clash with federal guidance laying out specific requirements for campuses under civil rights law.

The bill's sponsor, Republican Rep. Earl Ehrhart of Powder Springs, has been a fierce critic of some Georgia schools' disciplinary proceedings, arguing that the rights of students accused of sexual assault have been violated. He also filed a federal lawsuit last year challenging a "Dear Colleague Letter" issued by the U.S. Department of Education's Office of Civil Rights in 2011 that laid out specific requirements for dealing with sexual violence under Title IX, a federal civil rights law that prohibits sex discrimination in education.

The guidance also says school investigations must proceed with or without law enforcement, since certain actions may qualify as violations of Title IX even if police can't prove a crime was committed.

Ehrhart's bill, though, would require that colleges notified of felony crimes, including sexual assault, inform police and let them decide whether to investigate or recommend criminal charges. It also would prevent schools from disciplining, suspending or expelling a student for actions that are under criminal investigation without a hearing "affording due process protections." The bill doesn't define those protections.

"If you're going to have everything your parents saved for a college education taken away, if you're going to have all of your professional career taken away and a scarlet letter branded on your forehead, don't you think you should only be convicted under a process that's enshrined in our Constitution?" Ehrhart asked House members.

The bill also would require that the identity of alleged victims of sexual assault be kept private when colleges report to police, a change from earlier versions.

"You really have to be completely detached from the issue of sexual assault to even suggest law enforcement is somehow better capable," Dunn said. "We have cases all the time where survivors go to the police first and nothing is done; no report is filed, there's no follow-up."

Advocacy groups still worry that the change will create a "chilling effect" on reports of sexual violence on college campuses in the state. College students lined the hallway outside the House chamber ahead of the vote, asking members to vote no. Some shared personal stories of being assaulted or raped while enrolled at Georgia schools.

Wednesday's vote, largely along party lines, came after a debate that stretched over nearly two hours.

Republican Rep. Regina Quick of Athens, home to the University of Georgia campus, co-sponsored the bill and argued that it strikes a balance between accuser and accused.

"There are stories on both sides of this issue that will make you weep," Quick told members. Then, quoting Aristotle, she added, "The law is reason free from passion."

Democrats, though, worried that it would paralyze schools' disciplinary processes amid fear of running afoul of either the state or federal government and discourage victims from seeking help on campuses.

"We need to be really careful in the way that we handle this," said Rep. Scott Holcomb, D-Atlanta. "We can't send a message to victims and survivors that we don't believe them. They hear that over and over again."