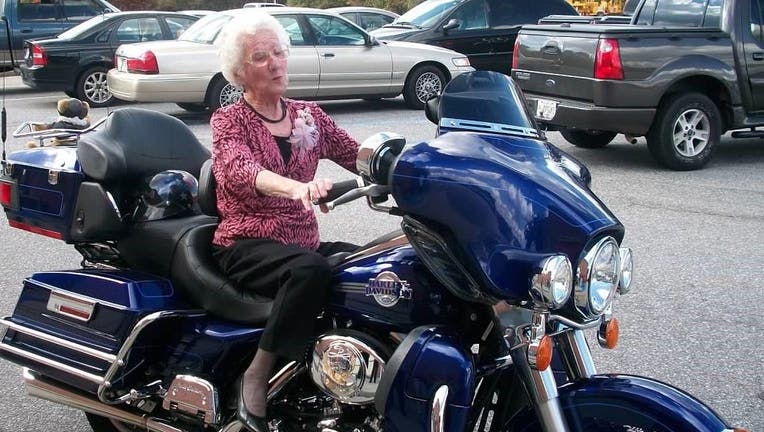 Latrell White has always had an affinity for cars and motorcycles. (Family photo)

BETHLEHEM, Ga. - One could say Georgia native Latrell White has had a century of love, not just of life. The Barrow County great-grandmother is turning 100-years-old.

Henry and Lula Canup gave birth to twins on Oct. 22, 1920, and would eventually join 11 other children growing up in a house full of love.

Latrell would grow up to become a textile worker at Carwood Manufacturing Plant, making pants.

She had a deep love for cars. One could often see her driving around town in her little red car, but she gave that up about four years back.

She also retired from her job to care for the love of her life, Lewis, until his passing in 1992.

After her husband died, she knew she still had a lot of love to share, so at age 70 she started a new career working at a local nursing home in Winder passing out snacks and ice to the residents. She reluctantly gave up that job for which she loved at age 95.

Latrell had a special relationship with her twin, Lanell Canup Etheridge, as most do. The two shared a bond that spanned 98 years. At her and her sister’s 90th birthday party in 2010, she shared her love for dancing the Charleston, something she had been quite good at most of her life. 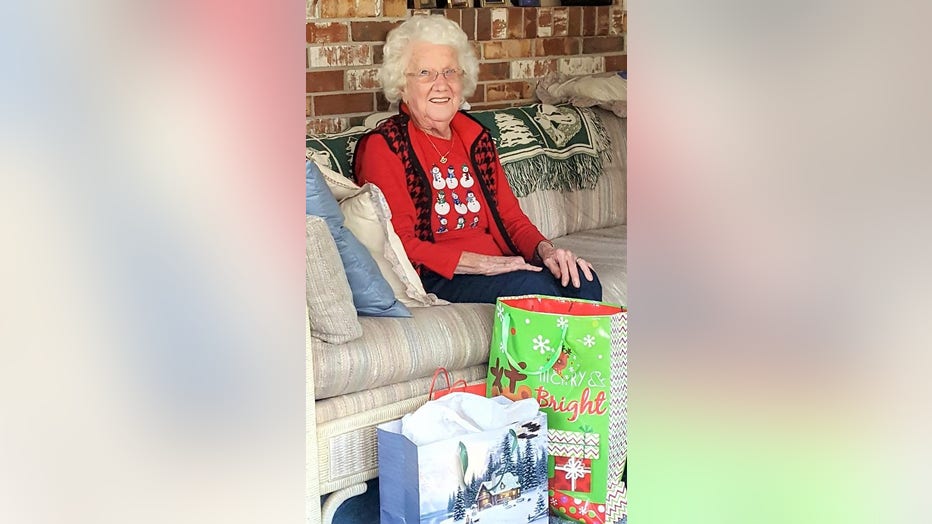 Latrell has relied on her faith throughout the years and is the eldest member of Bethlehem Church.

Unfortunately, Latrell has slowed down a bit and there hasn’t been much dancing. Her hearing also has gone a bit, but that hasn’t stopped her from loving life. She still enjoys game shows, word searches, and, of course, pizza.

At 100 years young, folks would say “she is still sharp as a tack!”

Her only son won't be able to join her on her special day as he passed away in 2014, but she will receive an outpouring of love from her surviving sister, Anne Canup Hawkins, her three surviving brothers, Clyde Canup, Mack Canup, and Donnie Canup, her two grandchildren, Melissa and Melanie, and her four great-grandchildren, Trent Futch and Lindsey Futch, and twins, Adam Stinchcomb and Brandon Stinchcomb.

Her family was trying to get her 100 birthday cards by her birthdate. As of Monday, 97 people in her community sent in cards.

Friends and family will be led by the fire department and sheriff's office on Thursday morning for a birthday parade.

Happy birthday, Latrell! We hope it is filled with much love.