Under Kemp's proposal, which is more limited than other states, uninsured adults in Georgia who make no more than the federal poverty level would qualify for Medicaid assistance if they spent at least 80 hours a month working, volunteering, training or studying. They would also have to pay monthly premiums.

The federal poverty level is just under $12,500 for an individual. 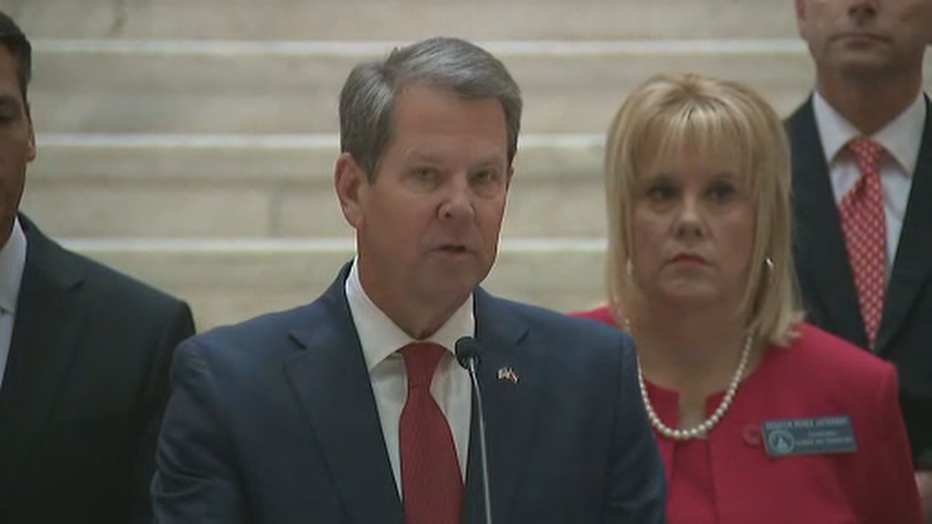 The governor's office called the approach a "conservative reform" that reflects the state's values as a place that "honors work" and "champions individual responsibility." It would require approval from the Trump administration.

"This is not a free handout. Hardworking Georgians who qualify will have skin in the game," the governor said. "It is a path forward toward higher earnings, better opportunities and a healthier future."

The Republican governor is pressing ahead despite legal challenges in other states. In March, a U.S. judge blocked work requirements in Arkansas and Kentucky, ruling the measures undermined the Medicaid program's mission of providing health care for the needy. A federal appeals court sharply questioned the work requirements during a hearing on the case last month.

The Trump administration has allowed states to impose work or other requirements, but critics say many adults eligible for Medicaid face barriers to entering the workforce, including medical conditions and care-taking responsibilities. Requiring them to report their employment is not an effective way to connect them to work or volunteer opportunities and imposes additional burdens on them and state administrators, according to the Georgia Budget & Policy Institute.

Supporters argue that working can improve people's health, and job requirements push them toward better-paying employment that can provide an even greater health benefit. Nearly 20 states are in various stages of trying to implement work requirements.

Medicaid is a federal-state program that covers about 70 million people, from many newborns to severely disabled people and elderly nursing home residents. Under the Affordable Care Act, states gained the option of expanding the program to low-income adults who make up to 138 percent of the federal poverty level, with the federal government picking up 90 percent of the cost. More than 10 million people have gained coverage that way.

Georgia is one of 14 states that have not fully expanded Medicaid under the ACA. Kemp's office said full expansion would cost Georgia taxpayers more than $1.5 billion in the first five years.

Kemp's office plans to seek a 90 percent match from the federal government for its more limited expansion. That would make the cost to the state $10 million in the program's first year; otherwise, it would be $36 million.

Supporters of a full Medicaid expansion under the ACA estimated it would cover roughly 500,000 Georgia residents. The governor's office envisions this expansion will cover more than 52,000 people in its fifth year.

"We are missing the mark, and the math just doesn't add up at the end of the day," she said.

The proposal came days after Kemp unveiled a separate proposal to reduce premiums for Georgia residents who buy health insurance under the Affordable Care Act, while giving the state control of billions of dollars in ACA subsidies. That, too, requires Trump administration approval.