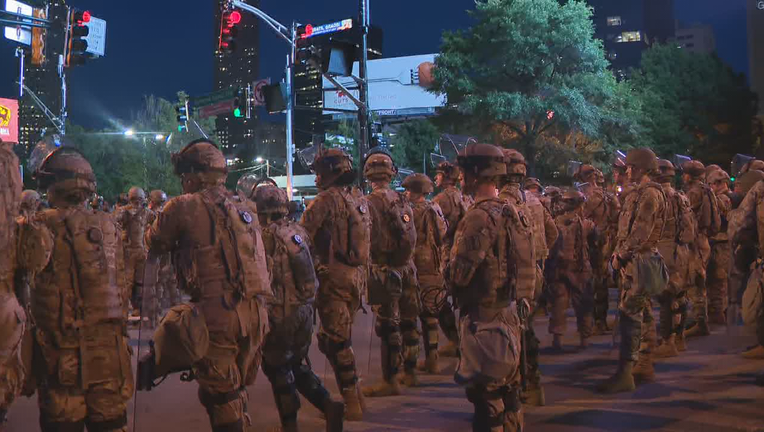 ATLANTA - Georgia’s governor warned Tuesday that he would “do whatever is necessary” to prevent more violence following protests over the death of George Floyd in Minnesota, but he ruled out calling up more National Guard troops or law enforcement officials for now.

Gov. Brian Kemp said he understood why people were upset, citing the coronavirus pandemic and “sky high” unemployment in addition to Floyd’s death. But he condemned the widespread vandalism and looting that broke out in Atlanta after a peaceful demonstration on Friday.

Kemp has authorized up to 3,000 National Guard troops to be deployed to cities across the state, and sent state police to reinforce law enforcement in Atlanta. The city has been calmer since the weekend, with only sporadic violence.

Late Tuesday, hundreds of protesters lingered on the streets of downtown Atlanta ahead of another 9 p.m. curfew imposed by Mayor Keisha Lance Bottoms. Authorities used armored vehicles to form a cordon at the state Capitol nearby.

“If those people that are unruly out there think that we will lay down and we will quit, you are in the wrong state,” Kemp said at a news conference earlier in the day. 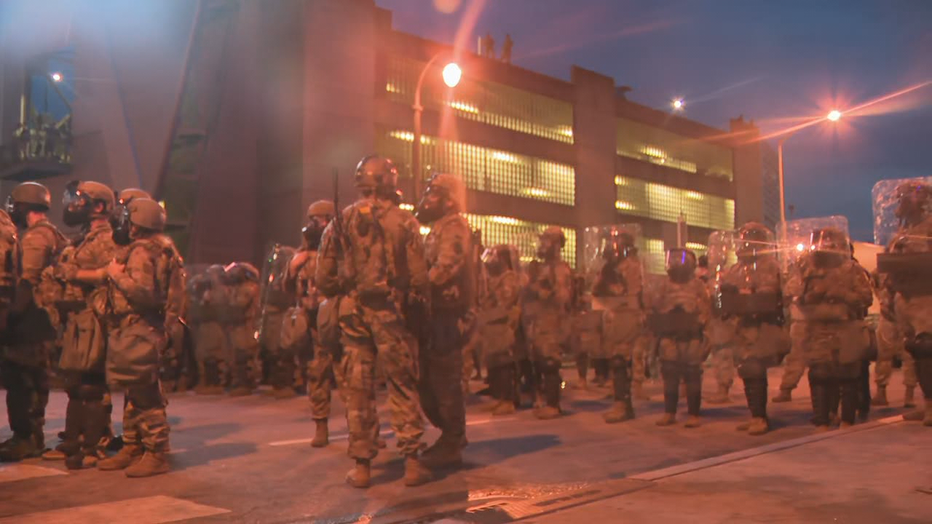 Nearly 400 people have been arrested in Atlanta during protests over the previous four days, according to numbers released by police. Demonstrations have also been held in other Georgia cities, including Savannah, Athens, Augusta, Macon and Columbus.

Kemp said he has been talking to protest organizers, who have been helpful in identifying groups that are unruly. The governor and his public health commissioner, Kathleen Toomey, also raised concerns about the impact of the protests on the state’s coronavirus numbers and response.

Kemp said the state may see a decline in COVID-19 testing because National Guard troops that were helping with that effort have been redeployed for the protests.

Toomey said the state Department of Public Health plans to set up one or more test sites for demonstrators and offer testing to Atlanta police officers and firefighters, state police and the National Guard.

“When you have this many people gathered together in close proximity, you run the risk of viral transmission,” she said.

Protests have broken out across the country since Floyd’s death on May 25. Even as he praised Kemp, President Donald Trump criticized most of the nation’s governors as “weak” for not cracking down harder on the lawlessness.

Derek Chauvin, the white police officer who worked for the Minneapolis Police Department, is charged with third-degree murder and second-degree manslaughter in Floyd’s death. Floyd died after Chauvin pressed his knee into his neck for several minutes, even after Floyd stopped moving and pleaded for air.