UPSON COUNTY, GA - Ronel Johnson says he and his wife prepared for the storm last Sunday by bringing his in-laws to his home.

The severe weather pushed the home off its foundation and into the middle of a road.

Johnson says he and his wife listened to the warnings for severe weather by listening to the FOX 5 Storm Team and also checking the app for updates.

"We saw that we were in harm's way and my wife went to her mother and said that they should come over," Johnson said.

This decisions is one that possibly saved Johnson's mother and father-in-law's life. 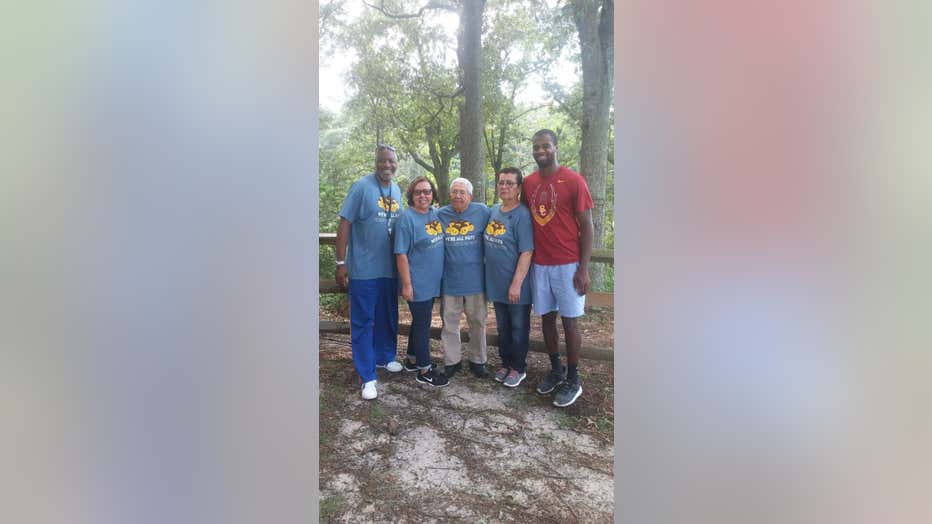 Among the rubble of the home, the Upson County family was able to find one irreplaceable item.

"They found out it was their home that was in the street," Johnson said.

The severe weather had pushed Johnson's in-law's home about 60 yards and into the middle of a road.

The home is now a total loss but Johnson says they were able to salvage some sentimental items.

Among the rubble, they were able to find one irreplaceable item.

"My son looking around in a yard, found an urn of my recently passed brother-in-law and it was found intact," Johnson said.

The storm may have left a path of destruction, but Johnson's family says they're thankful for their safety and the safety of such a precious possession.

"Life is precious. Things can be replaced but the one thing that can't be replaced was David's ashes," Johnson said.

A GoFundMe has been started to help the family out during this time.