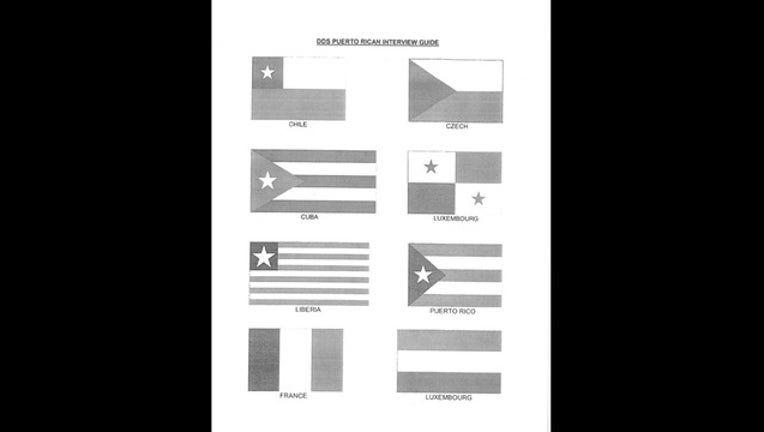 ATLANTA (FOX 5 Atlanta) - The Georgia Department of Driver Services says it will no longer use a questionnaire requiring Puerto Rican driver’s license applicants to answer trivia questions about Puerto Rico. A DDS spokesperson says the interview questions were never approved by the state.

The decision was announced after recent coverage of the controversy by the FOX 5 I-Team and other media outlets.

“This is a problematic disturbing practice,” said Atteeyah Hollie.

Hollie, the attorney for the Puerto Rican man suing the state Department of Drivers Services for discrimination, is glad the state says it will no longer use test questions for Puerto Rican driver's license applicants.

“The so-called test or quiz that DDS has been using solely for Puerto Rican applicants is not that different from the literacy tests that were used to stop black people from voting during segregation,” said Hollie.

In November of 2017, Kenneth Caban Gonzalez applied for a driver’s license at this office in Hinesville, Georgia. He presented Puerto Rican and American identify documents to DDS, but an agent claimed they were forged and arrested him.

The I-Team began an investigation and found 18 months later, the local prosecutor dismissed the case because DDS never sent over a case file.

But no one bothered to tell Caban Gonzalez, who learned from us that he no longer faced possible prison time.

"I feel good because it was a heavy charge on me and my family. It was hard for everyone,” Caban Gonzalez said.

“It seems there is an entirely different system for them. It's not right and it's not fair,” said Hollie.

Hollie, a lawyer for the Southern Center for Human Rights and lawyers for Latino Justice filed a class-action lawsuit, with Caban Gonzalez as the plaintiff, against DDS claiming discrimination.

The lawsuit says Georgia Driver Services wrongfully seizes Puerto Ricans identity documents and takes too long to award licenses. It also says the department requires Puerto Rican applicants to answer questions about Puerto Rico to prove they are from the U.S. territory.

Gonzalez was arrested and didn't have to answer questions about his homeland, but he had friends who took the test. We wanted to know how he'd do. Many questions he got right. Some geography and political questions - he had no idea.

"For us Puerto Ricans it’s not OK, it's asking questions that not everyone's going to know and even so they ask questions about 'Who is this person?' But if we've never heard that name, we won't know the person and just for that, we won't pass the test. But that doesn't mean we're not from Puerto Rico,” said Caban Gonzalez.

But, now the I-Team has learned that DDS is no longer using the Puerto Rican Interview Guide. A spokesperson wrote FOX 5 to say the Guide was "never approved to be used (in Georgia) and originated in the Diplomatic Security Service."

“It's a great development and positive development. We look forward to DDS takes additional steps to ensure Puerto Rican applicants are treated the same as other US citizens applying for drivers licenses in Georgia,” said Hollie.