ATLANTA - A record number of unemployment claims have been handled by the Georgia Department of Labor over the past three and a half months, labor department officials confirmed Thursday.

The GDOL said over 2.7 million regular unemployment initial claims were processed in the last 14 weeks, surpassing the number of claims in the last 7 years combined.  The 2.7 million claims were filed from the week ending 3/21/2020 through 6/20/2020.

Around 91 percent of those individuals who filed claims have been issued a payment, according to the GDOL.

The bulk of the benefit requests stem from Pandemic Unemployment Assistance, PUA, which provides an additional $600 weekly benefit from the Federal Government.

On May 14, the Georgia Department of Labor had issued $2.4 billion in state and federal benefits since late March.

Nationwide, unemployment figures spiked dramatically during the beginning of the COVID-19 pandemic. Throughout May, unemployment steadily rose in Georgia, but experts expected numbers to level off at some point in June as businesses began to reopen and needed workers back.

Weekly regular UI initial claims totaled 125,725, down 6,272 over the week ending June 20 the GDOL said Thursday, more evidence of the unemployment trend may be starting to reverse. 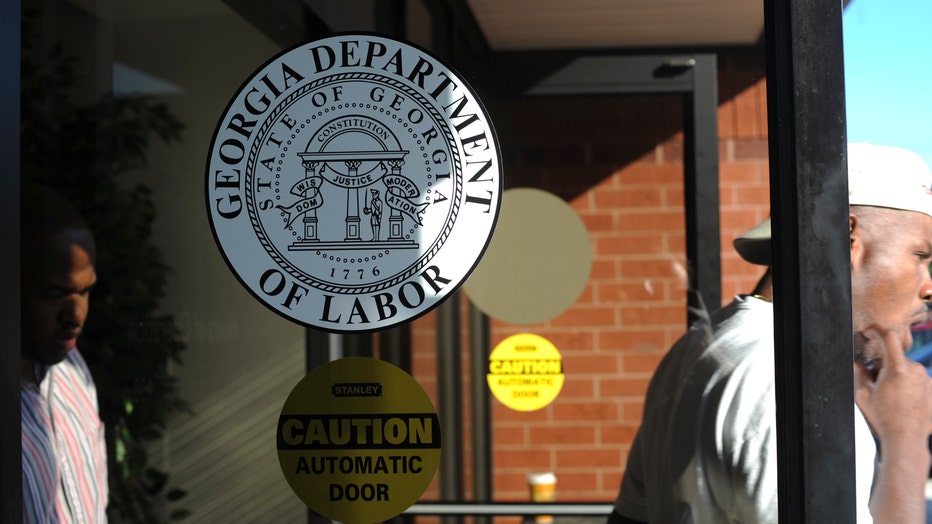 People leave the Gwinnett offices of the Georgia Department of Labor. (Photo by Chris Rank/Corbis via Getty Images)

According to the labor department, the industries with the most number of claims over the past 14 weeks included, accommodation and food services, health care and social assistance, retail trade, administrative and support services, and manufacturing.