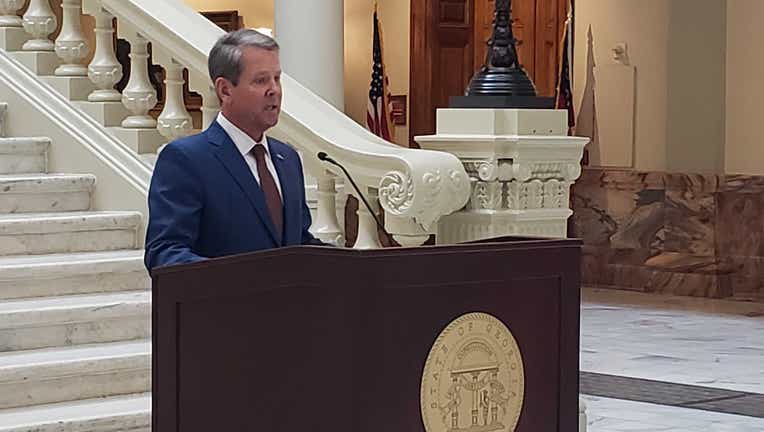 ATLANTA - The Georgia Chamber of Commerce on Monday endorsed Republican Gov. Brian Kemp for reelection in 2022.

The move comes after the state chamber did not endorse either Kemp or Democrat Stacey Abrams in 2018.

Chamber Chairman Ben Tarbutton of Sandersville said the business lobby is backing Kemp because the governor "has made economic growth a priority in Georgia," noting low unemployment and positive business climate. Officials also cited a strong relationship with businesses and business groups including the chamber.

Kemp took national heat last year in becoming one of the first governors to lift coronavirus-related restrictions. Since then, he has resisted new restrictions as well as vaccine mandates on businesses.

Abrams has yet to say if she will again seek the Democratic nomination.