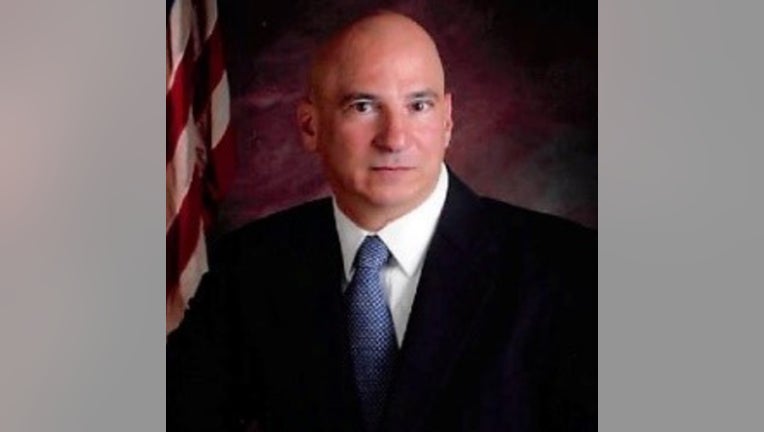 ATLANTA - The executive director of the Prosecuting Attorneys’ Council of Georgia will serve as the head prosecutor overseeing the criminal case against the police officer who fatally shot Rayshard Brooks.

The announcement that Peter Skandalakis will serve as substitute prosecutor in the case against Atlanta police officer Garrett Rolfe was made Wednesday afternoon by Attorney General Chris Carr’s office.

The council is a government agency that supports Georgia prosecutors and their staff, including by providing training and professional development.

The Fulton County District Attorney has been disqualified from prosecuting the defendants in the death of Rayshard Brooks due to the fact they might be called as witnesses.

A judge last month granted a request by Fulton County District Attorney Fani Willis to recuse herself from the case.

Willis, who took office in January, had argued that actions by her predecessor, Paul Howard, made it inappropriate for her office to handle the prosecution of Rolfe. She had asked a judge to determine who should handle the case after Carr twice rejected her requests to recuse herself.

Howard announced charges against Rolfe and another officer involved in the June 2020 confrontation with Brooks less than a week after the shooting. At the time, Howard was fighting to keep his job amid a Democratic primary challenge from Willis.

The Fulton County District Attorney has filed charges against the two Atlanta police officers in the death of Rayshard Brooks.

Howard’s conduct, "including using video evidence in campaign television advertisements," may have violated Georgia Bar rules, Willis argued in a letter to Carr. She also noted that Carr had asked the Georgia Bureau of Investigation to investigate whether Howard improperly issued grand jury subpoenas in the Rolfe case. Howard has said he did nothing wrong.

Police responded on June 12, 2020, to complaints that Brooks had fallen asleep in his car in the drive-thru lane of a Wendy’s restaurant. Police body camera video shows the 27-year-old Black man struggling with two white officers after they told him he’d had too much to drink to be driving and tried to arrest him. Brooks grabbed a Taser from one of the officers and fled, firing it at Rolfe as he ran. An autopsy found that Brooks was shot twice in the back.

Officer charged in Rayshard Brooks' death, reinstated by Atlanta board

Garrett Rolfe's reinstatement was ordered by the Atlanta Civil Service Board. Rolfe will remain on administrative leave until his criminal charges are resolved.

Rolfe has been charged with murder and other offenses. The other officer, Devin Brosnan, was charged with aggravated assault and violating his oath. Lawyers for both officers have said their clients acted appropriately. They are free on bond.

Rolfe was fired after the shooting but the Atlanta Civil Service Board last month reversed that dismissal. It found that the city failed to follow its own procedures for disciplinary actions.