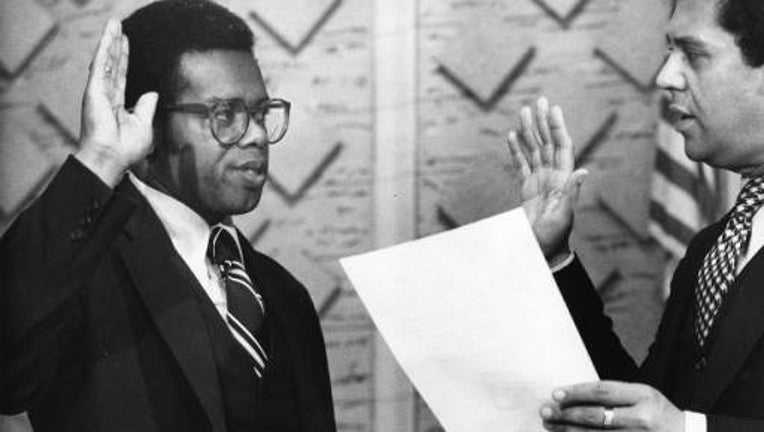 George Napper during his swearing-in ceremony in 1978. (Atlanta Police Department)

ATLANTA - Politicians are offering condolences after the death of the first Black police chief of the Atlanta Police Department.

In 1978, George Napper was sworn in to become Atlanta's 18th chief of police, making history. During his four years in the role, Napper led the department to investigate the notorious case of the  "Atlanta Child Murders," which ended with the arrest of Wayne Williams in 1982.

That same year, Napper was selected by then-Mayor Andrew Young to be Director of Public Safety, leaving the position to Deputy Chief of Police Morris Redding.

In a statement, Mayor Keisha Lance Bottoms called Napper "a brilliant teacher and leader" who "broke barriers and embodied the progress of our city."

"The City of Atlanta is thankful for the service and commitment of Chief George Napper and we offer our deepest condolences to his loved ones," Bottoms said.

"He served with honor and dignity and was an integral part of many crucial investigations in Atlanta’s history," Atlanta City Councilman Michael Julian Bond told FOX 5. "He truly cared about our city’s residents and his staff and worked tirelessly to keep our community safe."