Georgia Department of Labor Commissioner Mark Butler responds to calls for an investigation into the unemployment benefits process.

ATLANTA - Georgia’s Department of Labor commissioner is speaking out after state lawmakers sent a letter to the Attorney General. The House Democratic Caucus Subcommittee is calling for an investigation, claiming unemployment benefits are not being processed in a timely manner.

It's been nearly 8 months since FOX 5 first spoke to Department of Labor Commissioner Mark Butler. In April, at the beginning of the pandemic, the DOL was swamped with unemployment claims with a backlog of nearly 1 million to process.

"With a lot of heavy lifting with our IT Department, we were really able to keep the wait times under control," said Commissioner Butler.

Now, the commissioner says the DOL is back-log free of those who are considered eligible. But the department is still drowning in the number of cases that must go through the adjudication process. 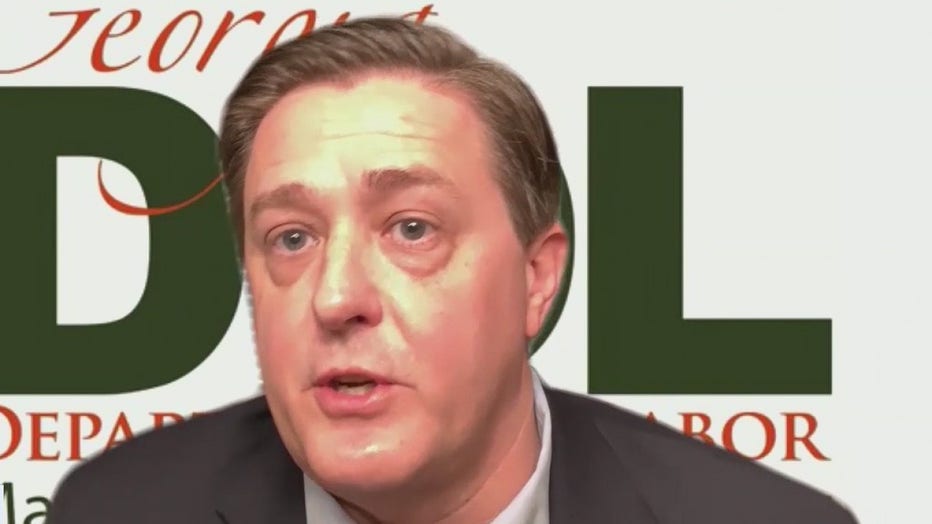 GDOL commissioner Mark Butler responds to calls for an investigation into the unemployment claims process.

By law, an individual is not eligible to collect benefits if an employee quits or is fired from their job. Exceptions can only be made if they can prove their employer was in the wrong. But it must go through an appeal process which can take months.

Alicia Encalade says she filed a claim with the DOL after she was fired without an explanation.

Even though they have added case workers, the commissioner says it still takes time and the majority of the cases are unfounded.

"You could have a multitude of reasons why someone is waiting but the majority of them are just not eligible," said Commissioner Bulter.

Regardless, it’s time that people like Encalade just don’t have.

"I wish I had answers in August or September," said Encalade.

And it’s these very cases that have caught the attention of state lawmakers who have now called for an investigation.

"We’ve got elected officials who have sworn to uphold the laws of Georgia but yet they are harassing me and my employees to pay people who are not eligible which is illegal," said Butler.