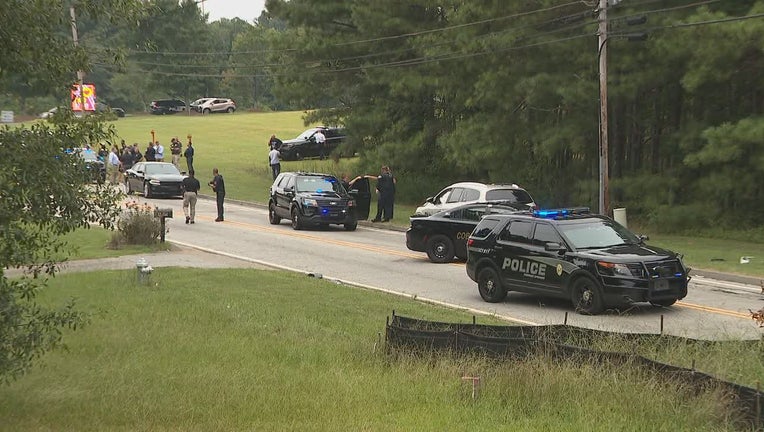 COBB COUNTY, Ga. - The Georgia Bureau of Investigation said a 28-year-old from California is suspected of armored truck robberies in Atlanta and Cherokee County.

The GBI said 28-year-old Glennis Harris from Vallejo, California, is accused of an armed robbery of a Brinks Security Guard on Monday in Cherokee County and a Loomis security guard in Atlanta on Sunday.

The Powder Springs Police Department asked the GBI to investigate since an officer fired at Harris during the pursuit. It was not immediately clear if the suspect was armed or fired at the officers.

A man suspected by the FBI in series of armored car robberies was arrested in Cobb County on Monday,

Harris was arrested and taken to a local hospital with non-life-threatening injuries after police disabled his car. Harris crashed into two bystanders' cars during the chase, but officials said no one else was hurt.

Investigators found a gun in Harris' car and charged him with possession of a firearm by a felon.

Harris was transported to Cobb County Jail on Monday.