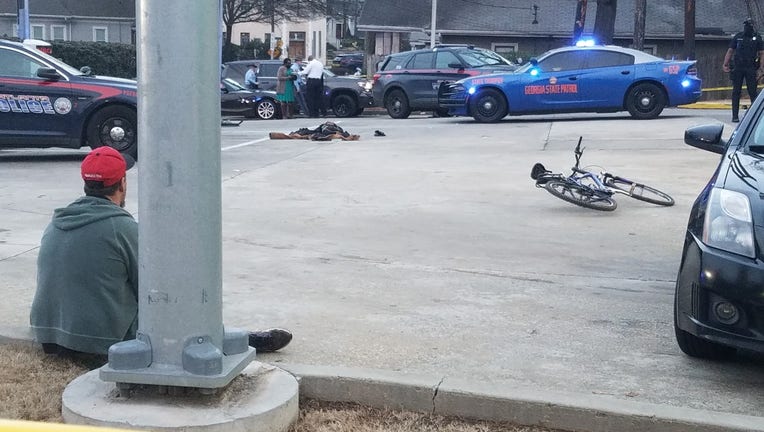 ATLANTA - Officials said an off-duty trooper shot a man armed with a knife outside a gas station on Saturday afternoon in Atlanta.

The Georgia Bureau of Investigation is looking into an officer-involved shooting that occurred Saturday after an off-duty Georgia State Patrol trooper was filling up his gas tank at a BP station on 448 Boulevard SE in Atlanta. Police say the man shot in the incident tried to stab someone inside the BP station then approached the off-duty trooper outside of the store, still bearing a knife.

The officer fired shots at the man when he wouldn't comply with commands to drop his weapon, officials said. The unidentified man shot was transported to Grady Memorial Hospital in critical condition on Saturday. His condition remained critical on Saturday evening, according to authorities.

The GBI investigation so far reveals that the off-duty trooper was at the gas station at approximately 5:22 p.m. when he saw a person being chased by a man into the store. The trooper followed the two into the store, officials said. The GBI reported witnesses saw a man armed with a knife attempting to stab another man.

Officials said the trooper commanded the armed man to drop the knife.

The investigation indicates, then, the trooper fired his gun and struck the man.

The GBI will conduct an independent investigation. Once completed, the case will be submitted to the Fulton County District Attorney's Office for review.

In a Tweet on Saturday, the GBI said the Georgia State Patrol had requested their assistance.

FOX 5 News crews are on scene working to learn more.