ATLANTA - Agents with the Georgia Bureau of Investigation will help the secretary of state investigate the hundreds of open cases related to the 2020 election.

The Secretary of State's Office said on Friday that it asked Gov. Brian Kemp to allow the law enforcement organization to provide assistance to quickly examine the heavy caseload of possible voter fraud.

Earlier in the week, Secretary of State Brad Raffensperger said that his office had around 250 open investigations related to the election. These elections included possible double voting, absentee ballot fraud, and other allegations.

The secretary of state's office only has 23 investigators, so Raffensperger said the additional manpower and resources will help make the investigations be more efficient.

"The governor and I are committed to following every lead, and the expertise, experience and manpower provided by the GBI will help us move more quickly through a process where time is of the essence," Raffensperger said. "We will stop at nothing to guarantee that all Georgians can have faith in the integrity of our election." 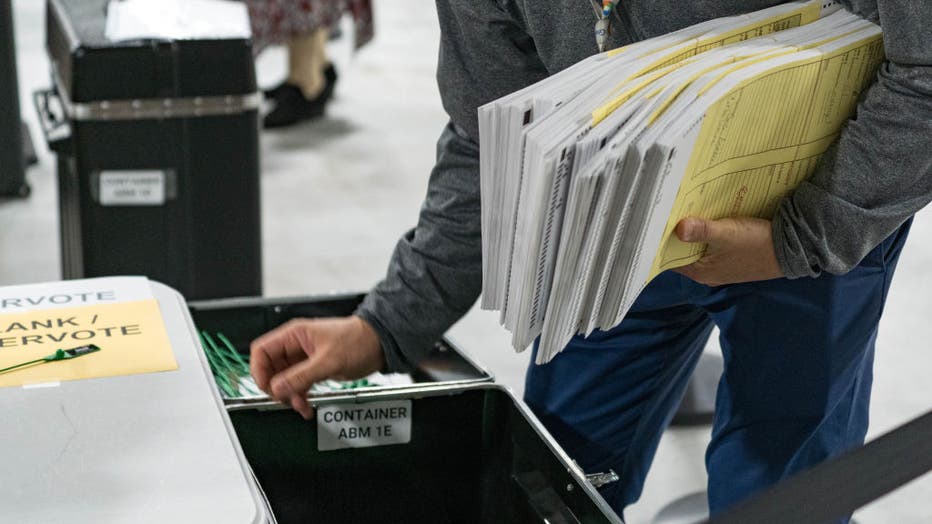 Gwinnett county workers begin their recount of the ballots in Lawrenceville, Georgia.

In a statement, Kemp thanked Raffensperger for the request and said he agreed quickly to using the GBI "in order for Georgians to receive a timely conclusion to these important investigations."

Secretary of State Brad Raffensperger has repeatedly said there’s no evidence of systemic problems and said during a news conference at the state Capitol that his office investigates any credible claims of illegal voting and election law violations.

While there is a high number of cases under investigation, elections officials say nothing so far is likely to change the outcome of the election - which former Vice President Joe Biden won by just over 12,500 votes.

"At this point, my office has found no evidence of widespread fraud, and three recounts -- including a hand recount of paper ballots that voters read and approved before scanning -- have returned the same result, but we will follow the evidence where it takes us and we will adhere to the law,” Raffensperger said.

Raffensperger said there have been attempts to register ineligible people to vote ahead of a high-profile Jan. 5 runoff election for Georgia’s two U.S. Senate seats.

His office is also looking into specific allegations about absentee ballot applications against four groups.

America Votes sent absentee ballot applications to people at addresses where they haven’t lived in more than 25 years, while Vote Forward tried to register a dead Alabama woman to vote in Georgia and the New Georgia Project sent registration applications to New York City, he said.