GWINNETT COUNTY, Ga. - Officials with the Georgia Bureau of Investigation announced they arrested two members of an international crime gang after a raid of two of the gang's alleged weapons and drug caches in Lawrenceville. 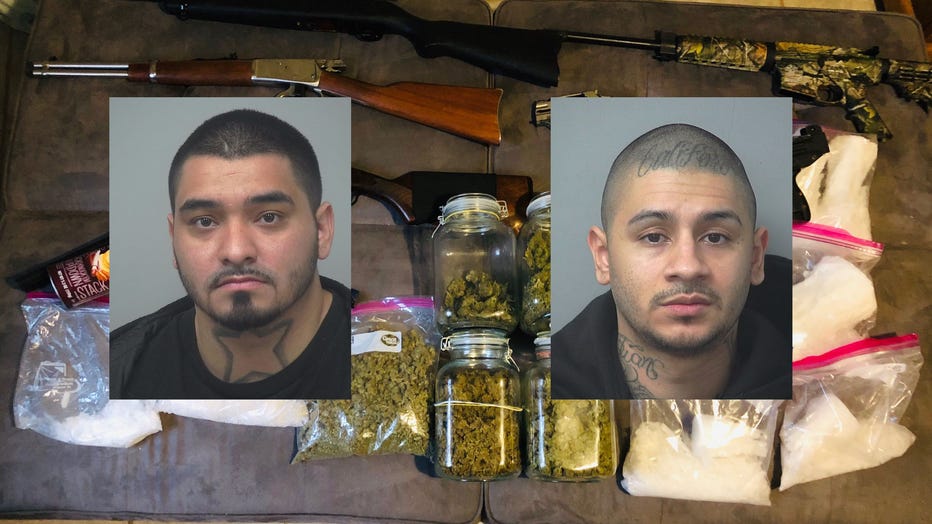 The two men have been arrested after a raid on two criminal street gang’s weapons and drug caches, police said. (Georgia Bureau of Investigation)

According to the GBI, the arrests and raids come as the result of a six-month investigation and involved ICE Homeland Security Investigations, the Gwinnett Metro Task Force, the Gwinnett County Sheriff's Office, GBI West Metro Regional Drug Enforcement Office, the Atlanta Police Department's K-9 Unit, the Georgia State Board of Pardons and Paroles, the Georgia Department of Community Supervision, and Gwinnett County Fire and EMS.

When agents executed the two search warrants in Gwinnett County, official said they seized an "arsenal" of weapons and drugs. The weapons included a rifle, handguns, an Uzi pistol, a sawed-off shotgun, and 100 round magazines. Agents also seized around 10 pounds of suspected methamphetamine, 2 pounds of suspected marijuana, suspected cocaine, and gang paraphernalia.

During the raids, agents arrested 31-year-old Jorge Omar Rosales of Los Angeles and 27-year-old Damion Raye Martinez of Texas. Officials say both men are longtime residents of Lawrenceville and members of subsets of the international crime street gang known as Sureños. 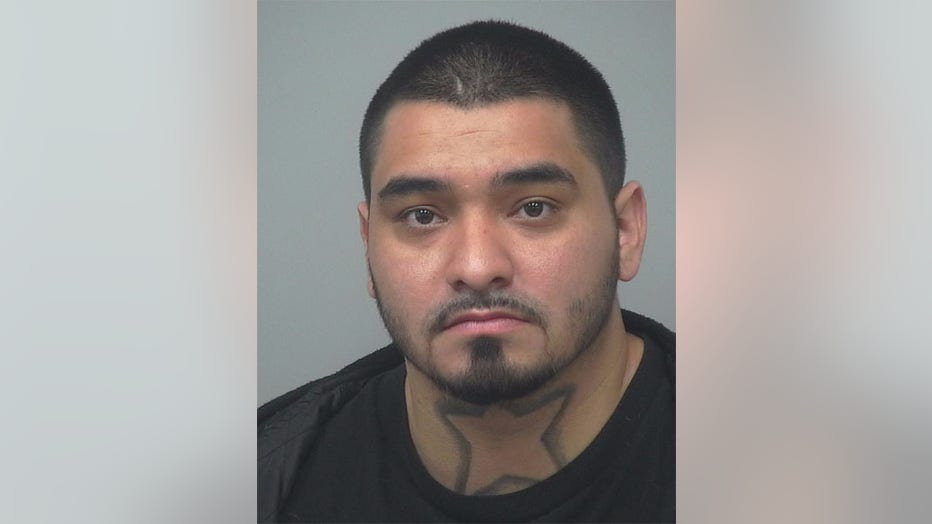 Damion Raye Martinez is accused of being associated with the Malditos criminal street gang. (Georgia Bureau of Investigation)

Rosales has been charged with violation of the Georgia Criminal Street Gang Terrorism and Prevention Act, 10 counts of possession of a firearm by a convicted felon, trafficking methamphetamine, possession of cocaine, and violation of parole. 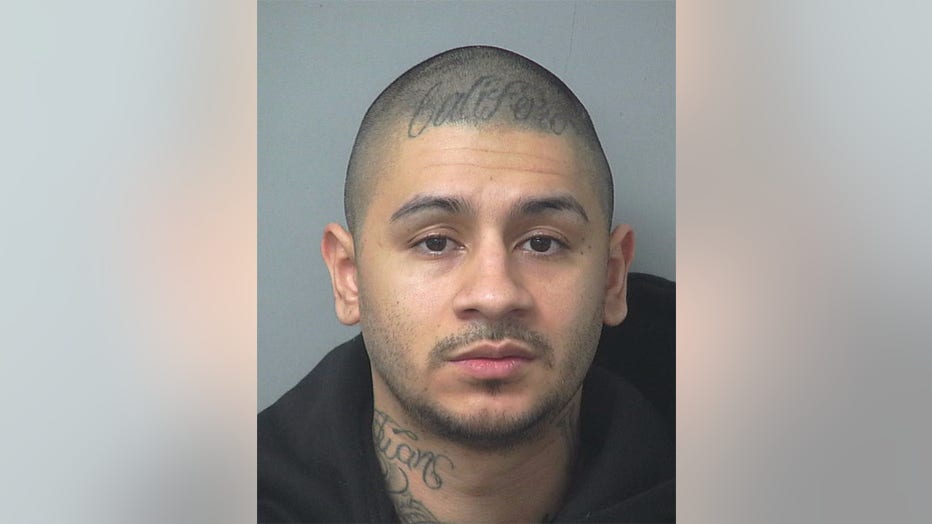 Jorge Omar Rosales is charged with 10 counts of possession of a firearm by a convicted felon. (Georgia Bureau of Investigation)

Martinez is charged with violation of the Georgia Criminal Street Gang Terrorism and Prevention Act, seven counts of possession of a firearm by a convicted felon, trafficking methamphetamine, and violation of parole.

Both men remain in the Gwinnett County Jail without bond.

Ken Howard is the Special Agent in Charge of the GBI's Gang Task Force, which was formed earlier this year at the direction of Gov. Brian Kemp.

Howard said the task force has several similar investigations currently underway and he anticipates they will announce more arrests of gang members in the near future.