Investigators say more than 50 bullets were shot in a late-night gunfight at a DeKalb County gas station.

DECATUR, Ga. - Two men are killed, two others injured in a late-night shootout at a Dekalb County gas station.

Police say at around 10:30 p.m. Tuesday group of men was hanging out in front of the Exxon at the corner of Glenwood and Austin.  According to detectives, 59-year-old Charles Hickman walked up and fatally shot one of the men in the group.

Police said Hickman tried to run away, but while some in the victim's group scattered, others started shooting at him. He then turned around and fired back, hitting two other men — one in their late 20s, the other in their early 30s. One man shot in the leg and side, the other in the buttocks. Paramedics rushed both of them to Grady Memorial Hospital in stable condition. 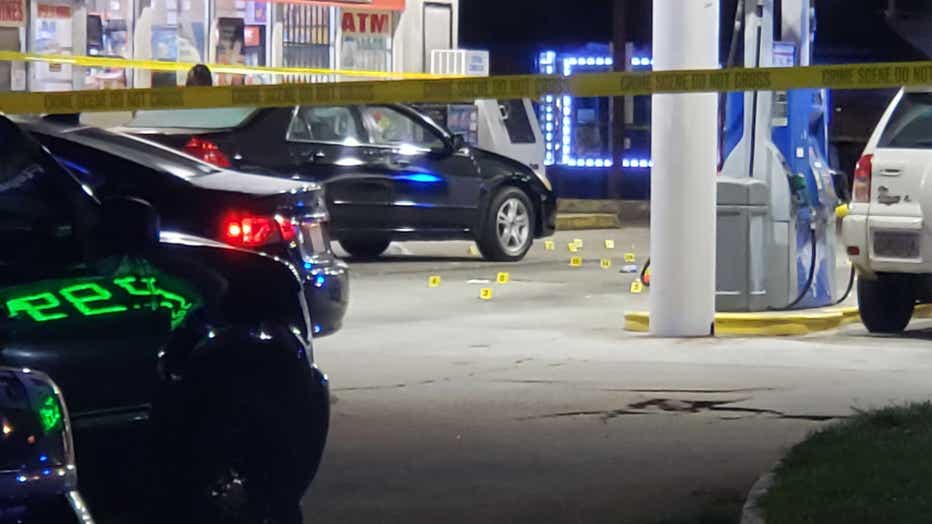 Car riddled with bullets after more than 50 shots are fired

The young men managed to shoot Hickman multiple times. He ended up dropping his weapon and died on Glenwood. Police don't know why he would want to kill Jackson, the original victim.

Investigators say more than 50 shots were fired from at least four different weapons. A black car in the gas station lot was left riddled with bullets.

According to officials, all of the men involved are from the area. As of Wednesday morning, the names of the deceased and injured haven't been released.

Police don't plan to file charges against the wounded, calling their actions self-defense.

If you have any information about the shooting, please call the DeKalb County Police Department.