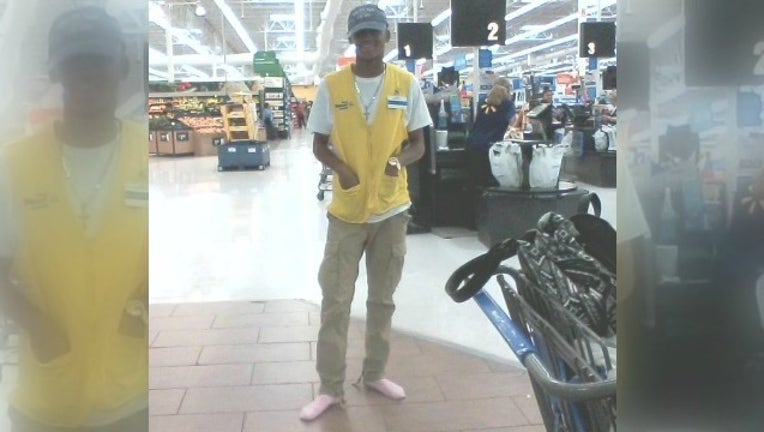 DOUGLAS COUNTY, Ga. - A Georgia woman's Facebook post about an act of kindness is gaining a lot of attention.

Last week, Myrna Kines said she was shopping at the Walmart in Lithia Springs on Thornton Road when she witnessed an employee help out a man in need. He took the shoes off of his feet and gave them to the stranger.

"His name is Phil," said Kines, who took a picture of the young man in his socks.

"I wanted to make sure he knew what an outstanding and awesome young man he has working for him," she said on Walmart's Facebook page.

Kastensmidt shared Kine's Facebook post and said that he asked Phil that day where his shoes went.

"He told me that he saw a homeless man that needed them," Kastensmidt said. "Phil, a young man, explained to me that he had been homeless for most of his life and knew how that man felt."

Kastensmidt said he took Phil back to their shoe department and offered him any pair that he wanted.

"I told Phil that was a tremendous gesture and that the world needed a lot more of them," Kastensmidt said.

Kastensmidt said Phil chose a $13 pair of slippers and said that's all he needed.

"I learned a lesson from this selfless act today," Kastensmidt said.