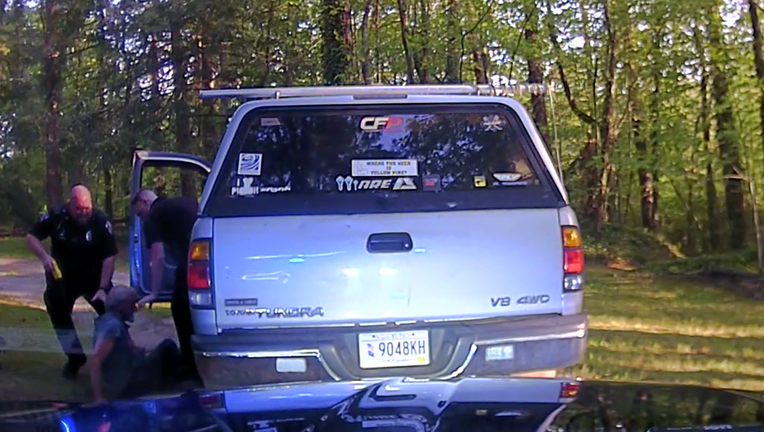 CLAYTON, Ga. - The national movement for police reform spurred a small-town Georgia cop to do something about what he saw as police abuse.

But the way he did it would cost him his career and put two friends on opposite sides, both insisting their actions left the other no choice. 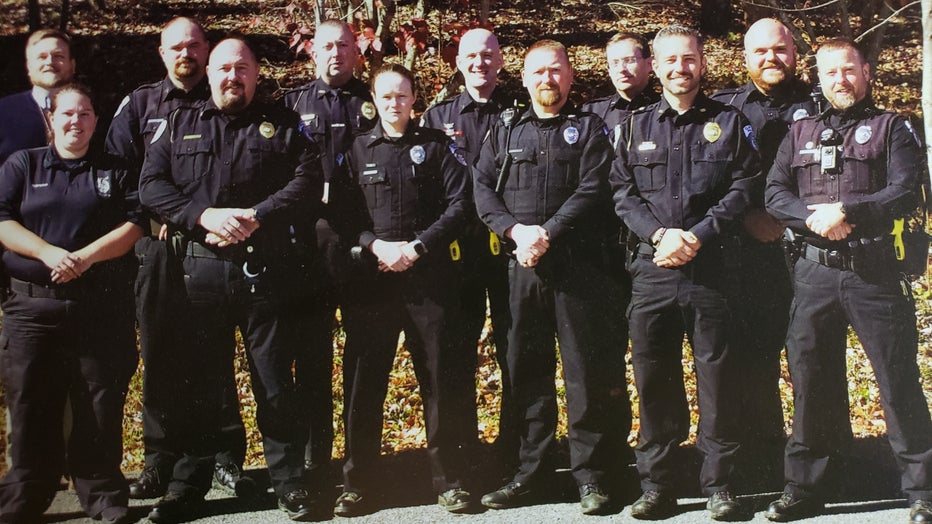 The Clayton, Georgia police department has only 12 sworn officers to patrol a mountain town of 2,100 people.

For 15 years, Ryan Hamilton had worn the Clayton police uniform; the last four years he served as assistant chief.

Last summer, he heard about an arrest made by one of his sergeants. So Hamilton watched the dash cam video to see what happened.

“Never seen that kind of treatment of someone,” he admitted.

The video showed Sgt. Travis Gibson trying to get a suspected drunk driver to stop.

“Pull over dumb ass!” Gibson yelled over the unit’s loudspeaker while the pickup truck led them on a low-speed chase.

The national movement for police reform spurred a small-town Georgia cop to do something about what he saw as police abuse.

The 73-year-old driver seemed confused. After he pulled over, Alton Owens told the officers he couldn’t figure out how to remove his seatbelt to follow their command and get out.

On the tape, Gibson said Owens tried to grab his vest, so he fired his Taser and struck Owens three times on the head while the elderly man struggled on the ground. He had no weapon.

Owens was charged with a host of crimes including suspected DUI.

“The guy was 73 years old,” said Hamilton. “He could have been somebody’s grandpa, father, anybody. Nobody deserves to be treated like that.” 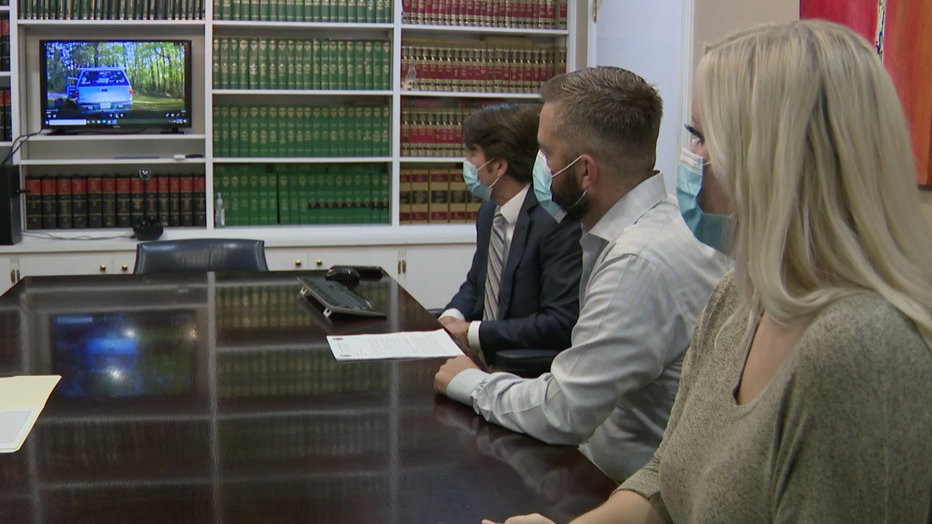 Clayton assistant police chief Ryan Hamilton texted a clip of the video to his fiancee who works for the DA, but only after the police chief told him he didn't think what happened was noteworthy.

With the summer’s police brutality protests fresh on his mind, Hamilton brought the video to his boss. Chief Andy Strait did not share his concern.

“It’s never pretty when you have to make an arrest,” Strait told the FOX 5 I-Team. The chief took no immediate action.

What he did would cost him his job.

Hamilton recorded 20 seconds of the dash cam video off the evidence monitor and texted it to his fiancee. She works for the Rabun County District Attorney.

That’s when they discovered prosecutors had their own concerns about two other cases involving Sgt. Gibson.

Two weeks after the low-speed chase, Gibson responded to a call of a jewelry store owner threatening people with a knife.

The owner was unarmed when Gibson approached. When he wouldn’t quiet down, Gibson grabbed him and took him to the ground.

“You’re not going to stand here and yell in my face!” Gibson yelled.

And in April, Gibson encountered a woman who had refused to get out of someone’s car. She was standing by the car when he arrived. When she wouldn’t back up, he grabbed her too.

“I watched them and I was pretty shocked,” said Hamilton. “We take de-escalation training for a reason. You don’t have to slam someone that hard just because they’re not compliant.”

But around the same time, Strait said he started having second thoughts about Gibson’s actions with that earlier DUI stop. He said he reached out to the DA.

“I wanted to make sure I wasn’t missing anything,” said Strait.

He would also learn about the other two incidents. Strait and DA George Christian decided Gibson had not committed any crime, but Strait ordered his sergeant to take de-escalation and ethics courses online.

Instead, in August, Gibson resigned. He did not respond to our attempts for comment.

That should be the end of this story. But there’s a risk in texting a video. You lose control of where it might wind up. 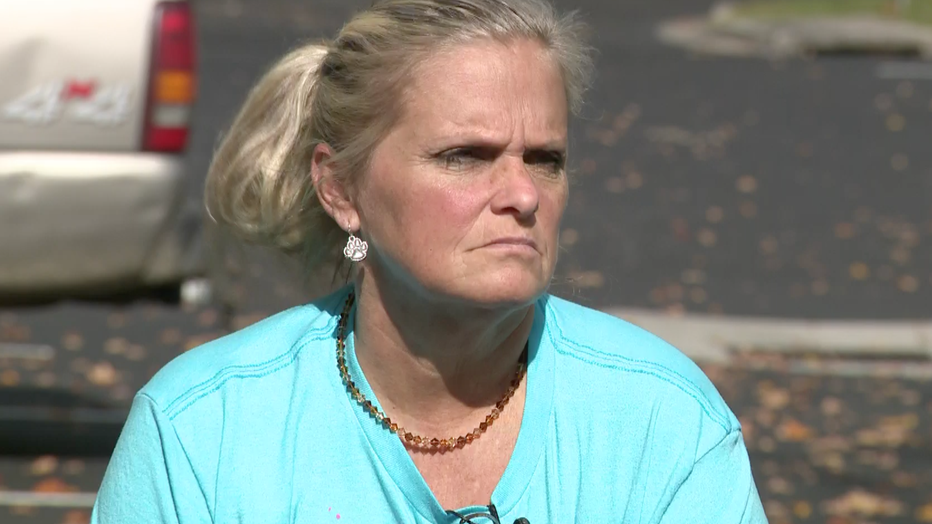 Sherry Taylor says someone else sent her the same clip of her father's arrest. She shared it with her friends.

The same video Hamilton had texted to his fiancee was also received that same day by Sherry Taylor.

She’s Alton Owens’ daughter, the elderly man in the truck who was tased and hit in the head.

Taylor insisted the video came from someone else in law enforcement, not Ryan Hamilton.

Furious with what she saw, she would later share the clip with friends, arguing her father suffered from dementia and was mistreated.

“I thought it was pretty overkill,” she said. 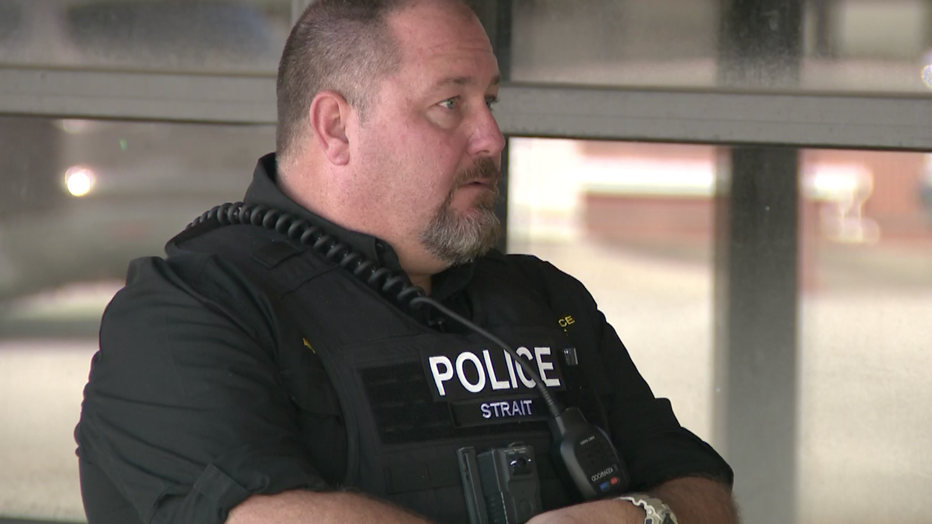 Clayton police chief Andy Strait said he had no choice but ask for his friend's resignation.

In October, Strait heard about the video and confronted his assistant chief. Hamilton admitted he was the source but not the one who sent it to Taylor.

It made no difference. To the chief, his longtime assistant had violated policy. On Oct. 15, Strait asked Hamilton for his resignation.

“It was just a broken trust there that couldn’t be repaired,” he said. “I worked with Ryan for so long. He and I were friends. It really bothered me. It still does. It tears me up because Ryan and I had been through a lot together. That really bothers me. But in this case, I was left with no choice.”

But his friend believes in today’s climate, he had no choice either.

Hamilton said he’s through with law enforcement. The officer whose actions bothered him so much still works part-time for the Rabun County Sheriff’s Office and the Hiawassee Police Department.

And a small police department of 12 is now down to 10, once again looking for cops they hope the community can trust.