An inmate at the Fulton County Jail said he was a victim of a violent gang who wanted his family to pay "protection" money into their commissary accounts. He described a brutal beating he received when that did not happen.

ATLANTA - A Fulton County inmate describes an ordeal that saw him get stabbed, tied up, and severely beaten by several men he thinks are gang members.

The incident took place at the end of last week in the middle of the night.

A relative made a phone call she had with the inmate available to FOX 5.

The prisoner said he had been reading a book when as many as eight men rushed into the cell.

He said someone punched him and he "hit the floor."

Surrounded by the inmates, he said, his hands and his feet were tied with bedsheets. 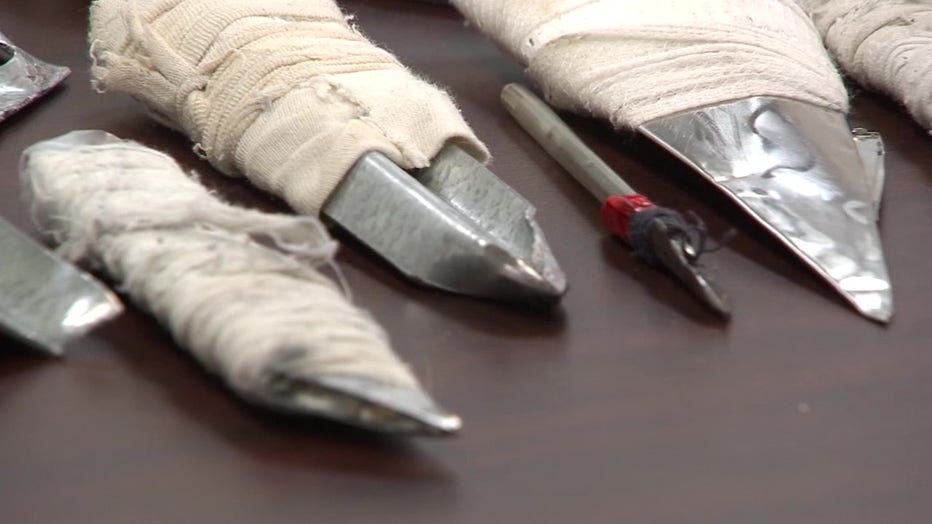 Authorities display prison knives, more commonly called shanks, after a brutal attack inside the Fulton County Jail connected to what is believed to be a gang-related extortion scheme. (FOX 5)

A beat down commenced, according to the inmate.

"I blanked out," the inmate said.

Throughout the week, FOX 5 has heard from families concerned about their loved ones.

The picture that has emerged, and that includes the story of the assaulted inmate, is a pay for protection schemed being run inside the jail.

Like other penal institutions, there is a jail store or commissary. With cash, the inmates can purchase food, toiletries and other items.

Like a bank, the jail maintains inmate accounts. The violent inmates try to compel the other prisoners to ask family members to send money. They go as far as to give an inmate a list of prisoners for a family to "put money on the books." 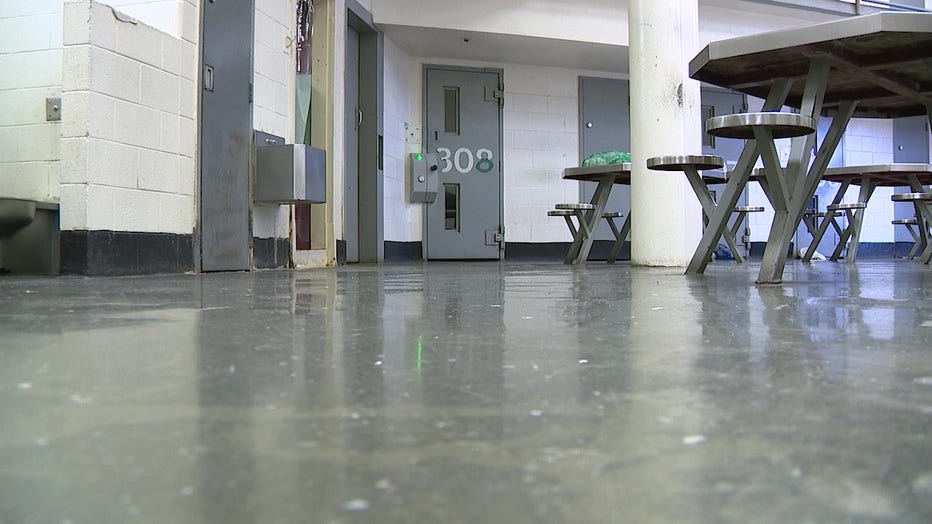 Some inmates inside the Fulton County Jail are being targeted by what are believed to be gang members in a "protect" extortion scheme. (FOX 5)

"They tried to extort me," said the inmate who went over the details with his godmother.

He said it was known throughout the jail that he "told several officers" about the practice.

That inmate is currently in protective custody at the jail infirmary. He has splints on his legs and is in a wheelchair.