The Newton County Sheriff's Office confirmed they are investigating the deadly shooting at a Covington home, which claimed the life of Deputy Shakeema Brown Jackson and her brother, as a possible domestic incident.

FULTON COUNTY, Ga. - The Fulton County Sheriff's Office is mourning the loss of a deputy killed in an alleged domestic incident Wednesday night.

A spokesman with the agency told FOX 5 that detectives are still interviewing witnesses and have not named a suspect at this time.

Investigators said the incident is being investigated as a possible domestic. 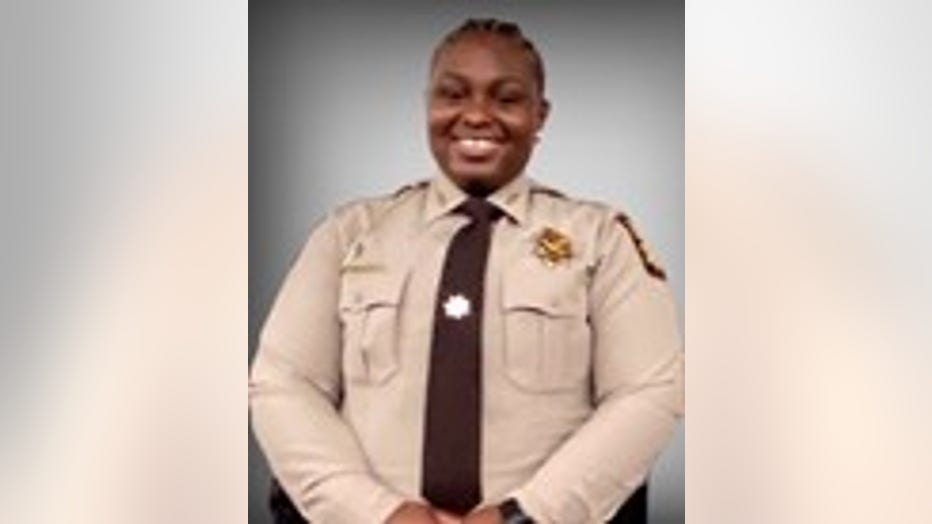 Officials have confirmed with FOX 5 that Deputy Shakeema Brown Jackson and her brother Levoy Brown died Wednesday in a shooting in Newton County. They were both shot multiple times at Jackson's Covington home at around 10:30 p.m. Wednesday night, investigators said.

Jackson had been with the Fulton County Sheriff's Office since 2018 when she started as a detention officer. She had just become a deputy sheriff a month ago.

Deputies said Jackson was eager to learn, had a bubbly, positive disposition, and always greeted inmates every morning no matter how disrespectful they were to her.

Fulton County Sheriff Pat Labat said his office is providing peer support, and chaplain services to those hit hard by her tragic death.

"We are going to each roll call and really just trying to provide a level of comfort for our team as we continue in and through this process," said Sheriff Labat. "We are just asking for everyone to continue to pray for us.  It is definitely a difficult time for the Fulton County Sheriff's Office."

Zona Inman said her children were both very religious, involved in church, loved God and family.

Devastated by their deaths, she vows she won't rest until their killer is brought to justice.

The Newton County Sheriff’s Office is investigating the shooting. Officials have not released information about the incident.

Services and arrangements for Deputy Jackson will be announced once they are confirmed.