ATLANTA - Fulton County teamed up with Asian American organizations to provide training on how to prevent and react to crime.

This training comes as crimes against the Asian American and Pacific Islander community continue to be reported throughout the country.

According to the organization Stop AAPI Hate, there were just about 6,600 reports of what it calls "hate incidents" made between March 19, 2020, and the end of March this year.

Ray Wang and John Lu are members of the Atlanta Care and Assistance Association. They brought the idea of the training to Fulton County Chairman Robb Pitts.

"With crimes against Asian Americans rising at a disturbing rate nationwide, I couldn’t say ‘yes’ fast enough when these groups asked me to set up the event," Pitts said.

"Twenty Asian associations, with the Fulton County Police and Fulton County Board of Commissioners to help us, how to protect us against Asian hate," said John Lu, President of Atlanta Care and Assistance Association.

They said there is concern within the AAPI community that attacks happening in other cities could start happening in the Atlanta area. 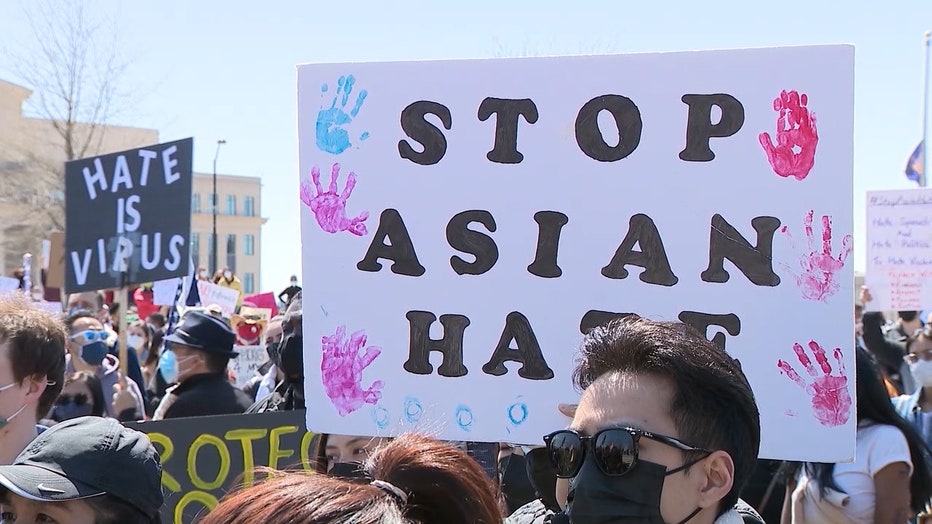 They said the fear has only escalated after the shootings at the spas in Atlanta and Cherokee County.

"In New York or in San Francisco, you see people getting pushed on the ground, getting beaten on the street," Ray Wang said. "The problem is, you see it on social media or the news, so they are kind of scared, especially after the shooting. They started getting more and more worried."

The training focused on the importance of trusting your instincts and being aware of your surroundings.

Police also provided tips like walking confidently, looking people in the eyes, avoiding being alone in public, and being familiar with locations to know how to get out if something happens.

According to Stop AAPI Hate, 32 percent of the hate incidents reported happened at businesses, while 29 percent of them happened in a public space, like a sidewalk.