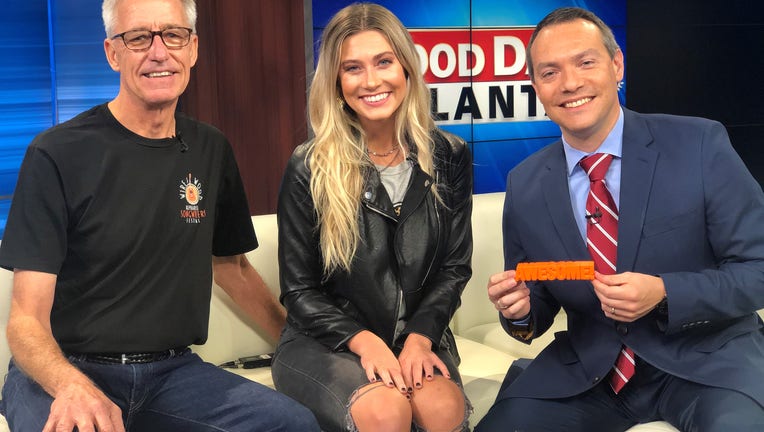 ALPHARETTA, Ga. - What’s better than hearing a singer-songwriter perform one of their own original songs?  How about also hearing them tell the story of how and why it was written?  This weekend, songs and storytelling will fill the streets of Downtown Alpharetta as a free music festival returns for a seventh year.

This year’s Wire & Wood Alpharetta Music Festival will feature more than 20 musicians over two afternoons and evenings of live performance – Friday and Saturday, October 11th and 12th.  The festival – which aims to showcase local and regional musicians – features main stages on Milton Avenue and The Green, along with a smaller venue inside Alpharetta City Hall and stages hosted by restaurants Ceviche, Citizen Soul, and Central City Tavern.  Friday night’s headliner is singer-songwriter Maggie Rose, whose 2018 release Change The Whole Thing was named one of the best albums of the year by Rolling Stone – and Saturday night’s headliner is G. Love & Special Sauce, a Philadephia-based alternative blues and Hip hop band.  Other artists performing at the festival include Matt Mayes (of Jupiter Coyote), Channing Wilson, The Josephines, and Josh Roberts & The Hinges.

Songs and storytelling will fill the streets of downtown Alpharetta as a free music festival returns for a seventh year.

Hours for the Wire & Wood Alpharetta Music Festival are 4:00 p.m. to 10:00 p.m. on both Friday and Saturday, and admission to all the shows is free.  For a full list of performers, showtimes, and venues, click here.

This morning on Good Day Atlanta, Alabama-born singer-songwriter Bailey Ingle stopped by the studio to chat about her background in music and her excitement at performing in Alpharetta this weekend.  Click the video player to check out our interview!