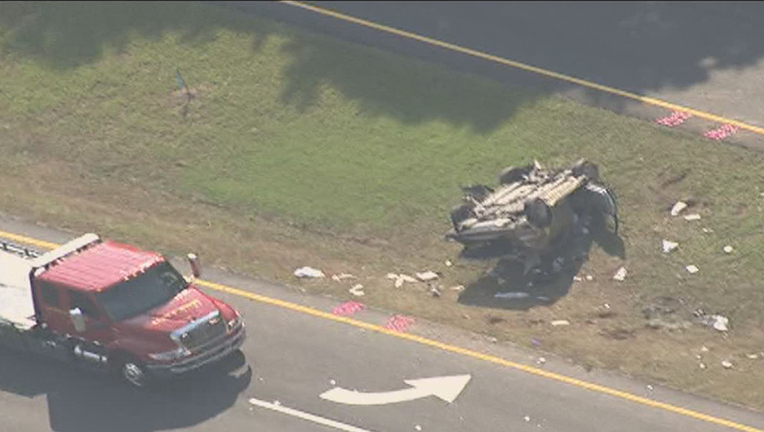 A two-car crash along Peachtree Industrial Blvd. near Sugarloaf Parkway on Sept. 14, 2021. (FOX 5)

GWINNETT COUNTY, Ga. - Four people were injured in a crash along a busy Gwinnett County roadway on Tuesday afternoon.

All northbound lanes of Peachtree Industrial Blvd north of Sugarloaf Parkway were shut down due to a crash with injuries.

The crash happened shortly after 4 p.m. SKYFOX 5 flew over the scene and found a car overturned in the median of the roadway and a truck with front-end damage nearby. 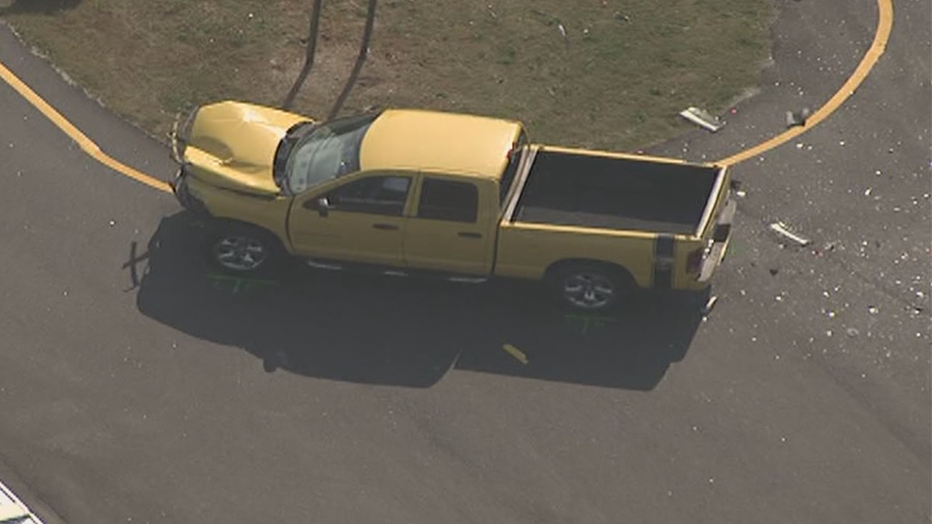 A two-car crash along Peachtree Industrial Blvd. near Sugarloaf Parkway on Sept. 14, 2021. (FOX 5)

Gwinnett County police said two cars were involved, but the crash is still under investigation.

Four people were injured with at least one person being transported to an area hospital in critical condition.