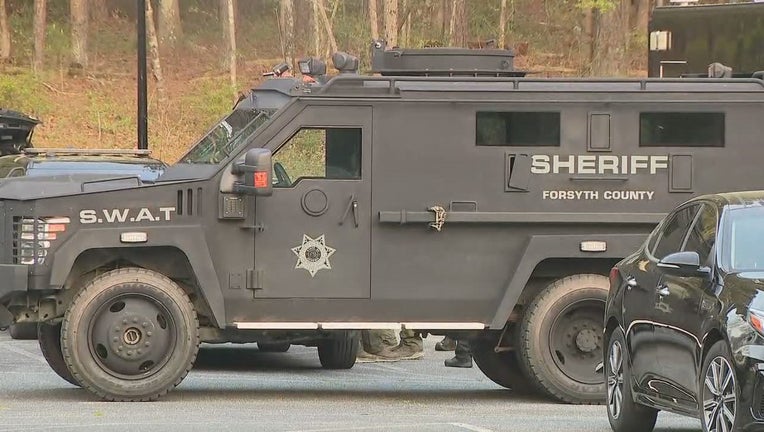 The Forsyth County Sheriff's Office SWAT team was called out to a report of a barricaded man on April 7, 2021. (FOX 5)

FORSYTH COUNTY, Ga. - A man is in custody after firing off a gun in the middle of a Forsyth County subdivision on Wednesday afternoon.

The Jamestown subdivision was placed on a lockdown after deputies responded to a call around 4:30 p.m. A spokesperson for the Forsyth County Sheriff's Office said the man had been seen pointing a gun at his own head and then firing off a couple of rounds from that handgun into the ground.

Deputies said the man then retreated into his townhome where negotiators tried to reach him.

The man was eventually taken into custody using "less-than-lethal tactics," according to deputies. 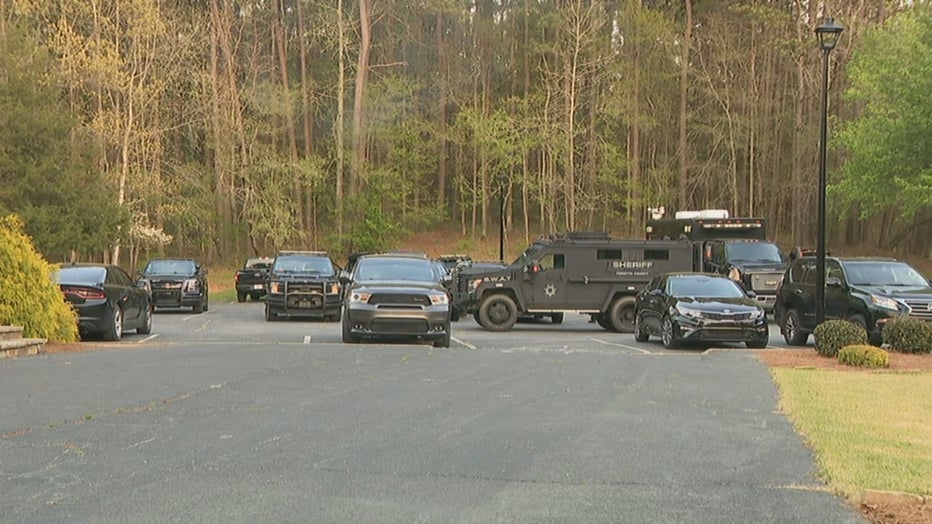 The Forsyth County Sheriff's Office SWAT team was called out to a report of a barricaded man on April 7, 2021. (FOX 5)

The man suffered minor injuries. No other injuries were reported.

Traffic in and out of the subdivision was restricted during the incident and nearby residents were asked to shelter in their homes.

The name of the man has not been released. It was not immediately clear what charges he could be facing.