Atlanta Falcons veteran Reggie Kelly's skills are just as useful in the kitchen as they were on the field.

ATLANTA - If anybody knows how to work under pressure, be a team player, and please hundreds of thousands of fans — it’s a professional football player. And for Atlanta Falcons veteran Reggie Kelly, those skills are just as useful in the kitchen as they were on the field.

Reggie Kelly is the owner and operator of KYVAN Foods, which specializes in Southern-style sauces, seasonings, jams and jellies, and salsas. Kelly may be best-known for his sports career, which includes playing college football at Mississippi State University and then more than a dozen years in the NFL with the Falcons and the Cincinnati Bengals — but the former tight end says the heat he brought to the game was always matched by the heat he brings in the kitchen.

After years of cooking for family, friends, and participants in his football camps, Kelly says he wanted to share his family recipes and help others spice up their own home cooking; thus, KYVAN (a combination of Kelly’s children’s names, Kyla and Kavan) was born. 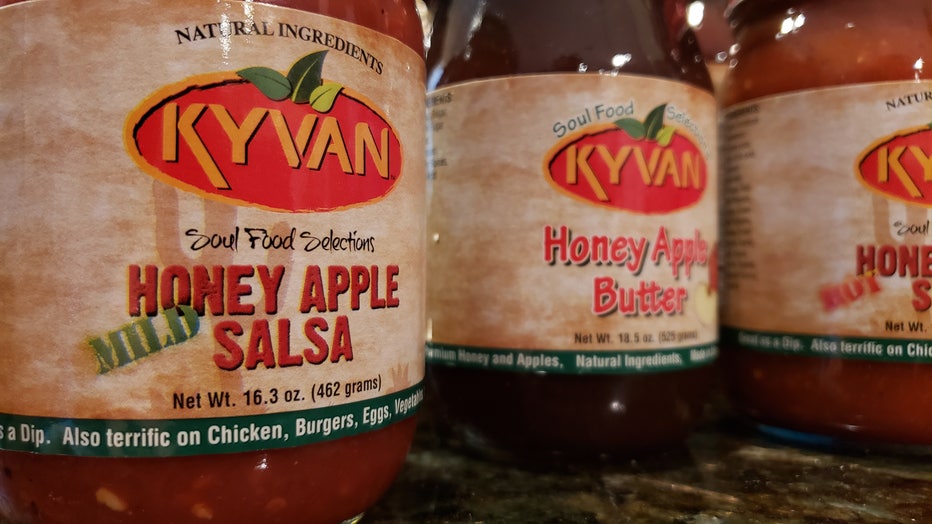 Today, popular KYVAN Foods products including the Honey Apple Salsa and Sweet Potato BBQ Sauce are available online and in major grocery stores and restaurants. The company’s website also hosts dozens of recipes, showcasing various ways in which its products can be used. For example, that Savory Chicken Seasoning is a key ingredient in KYVAN Cheese Grits, and the Honey Apple Butter really sweetens up a batch of Honey Apple Butter-Pecan Muffins.

With the Super Bowl just a few days away, the Good Day Atlanta team is busy planning snacks for our virtual watch party — so, it seemed like a perfect time to check in with Reggie Kelly to get some ideas.  Click the video player to hear more about how this football great scores regular culinary touchdowns!