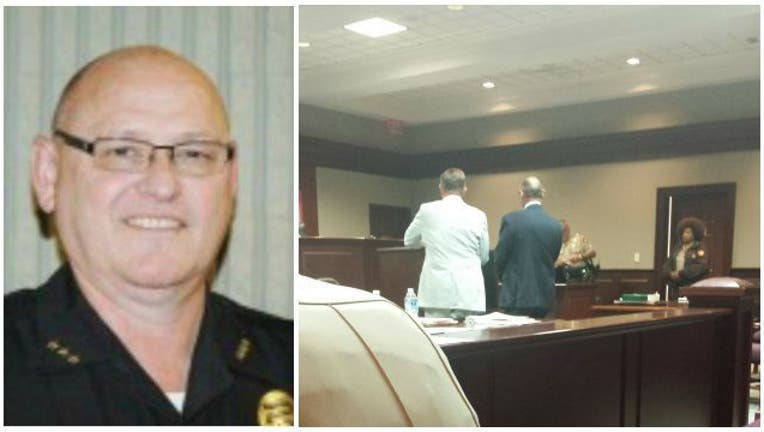 A Fayette County judge sentenced William McCollom to 12 months’ probation and fined him $1000 as a first offender.

Fayette County prosecutors charged McCollom with a misdemeanor count of reckless conduct after they determined the chief did not intentionally shoot his wife Margaret.

The shooting took place in the early morning hours of January 1st at the couple’s home.

Investigators determined McCollom fired his service weapon as the couple was in bed, striking his wife in her back.

A Fayette County Grand Jury indicted McCollom on the misdemeanor charge in May.

In his resignation letter, McCollom wrote “It was my pleasure to serve with the men and women of the Peachtree City Police Department in the capacity of Assistant Chief and Chief. The City of Peachtree City has every reason to be proud of their police department as the personnel are both competent and professional. I wish each of them the best as they continue to serve the citizens. I have had had two families in Peachtree City – my police family and my personal family. In light of the recent tragedy in my personal family, I need to continue to focus my time and efforts there.”