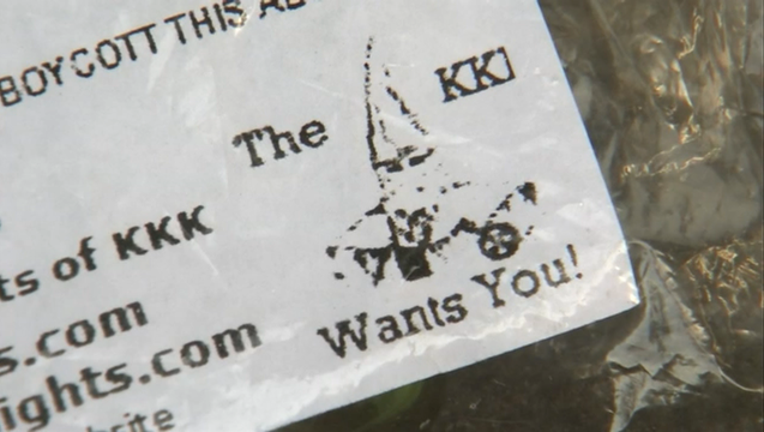 ROME, Ga. (AP) — Police in northwest Georgia say fliers were left in residents' driveways stating that the Black Lives Matter movement is telling followers to kill white people and police officers, and urging them to join the Ku Klux Klan.

Floyd County Police Lt. Daniel Pendley said Wednesday the fliers were discovered in two different neighborhoods Sunday night near Rome, Georgia. The Loyal White Knights of the Klan were named on the flier, but police have not confirmed whether they had been distributed by the Klan.

The fliers accuse Black Lives Matter and the Black Panthers of calling for white people to be killed, and urge people to call a phone number with a North Carolina area code to join the Klan.

Residents tell the Rome News-Tribune that fliers were wrapped in a plastic sandwich bag.