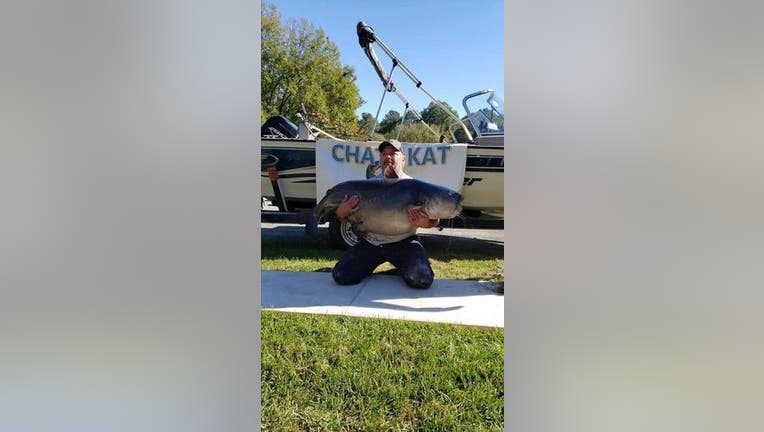 A Florida fisherman has shattered a Georgia record with his enormous catfish catch over the weekend.

The Georgia Department of Natural Resources says that Havana, Florida resident Tim Trone is the new state record holder for biggest blue catfish after a tournament on Oct. 17.

Trone's catch weighed 110 pounds and 6 ounces - which beat the previous record by over 17 pounds, officials said.

The fish measured out at nearly 5 feet long (58 inches) with a 42-inch girth.

“Georgia has such great fishing opportunities, and we love to hear about this kind of exciting news,” says Thom Litts, Chief of Fisheries for the Wildlife Resources Division. “This is our first state record since last April, and I hope it encourages all anglers to get outdoors and Go Fish Georgia!” 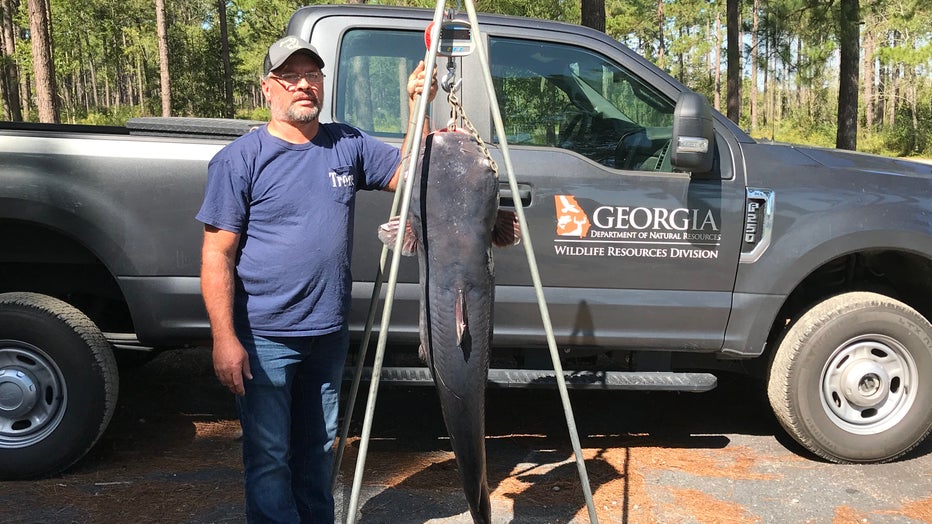 Blue catfish is one of the numbers of catfish types found in the state, though most never get to the heft 100-plus weight of Trone's catch.

If you want a tip on how to catch the delicious fish. They like fast water in large rivers, reservoirs, and tributaries. Trone used cut bream as his bait.