GWINNETT COUNTY, Ga. - An early morning fire has destroyed one business and damaged four others in a Gwinnett County strip shopping center. 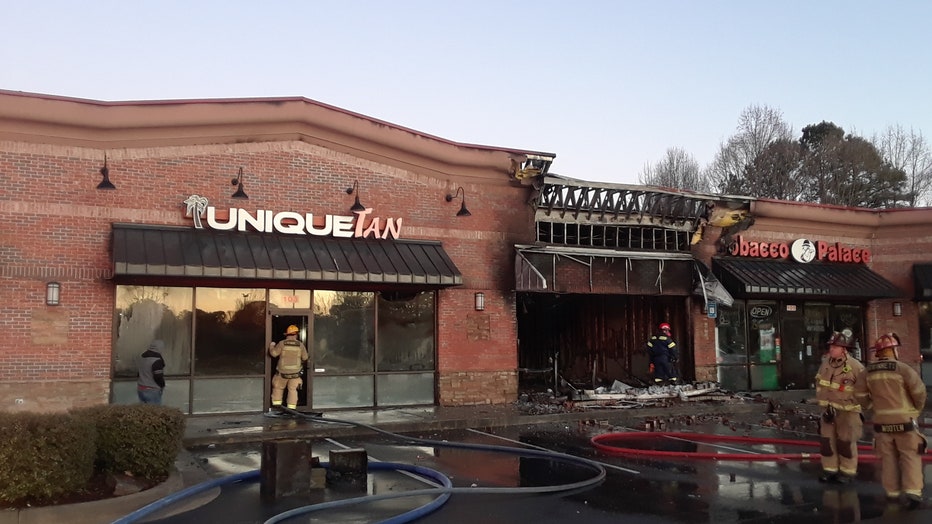 When crews got to the scene, they discovered the one-story strip mall alit with flames and smoke erupting from a business in the middle of the plaza. Firefighters told FOX 5 they saw flames consuming the suite from the front to the back and had already broken through the roof.

After multiple aerial ladders were deployed, the crews were able to extinguish the blaze.

In total, officials say five businesses were affected by the fire. The original fire unit, Logan's Boutique, was completely destroyed. A tanning salon on the left side of the boutique also suffered extensive damage from the flames. A tobacco shop and Mexican restaurant were damaged by smoke and water. The final business, a Crossfit studio, had residual smoke inside.

The cause of the fire is undetermined at this time.