COWETA COUNTY, Ga. - A Coweta County father told deputies he confronted his son about having a gun in his pocket and, rather than turn it over, his son opened fire on him.

It was all caught on the family’s home security camera.

Deputies said, in the surveillance video that they’ve released, the altercation starts with the son, Mario Clarke, leaving his father’s house. The father was behind him pointing a weapon at his son. The father then flinches, ducks, and runs from a shot being fired in his direction. 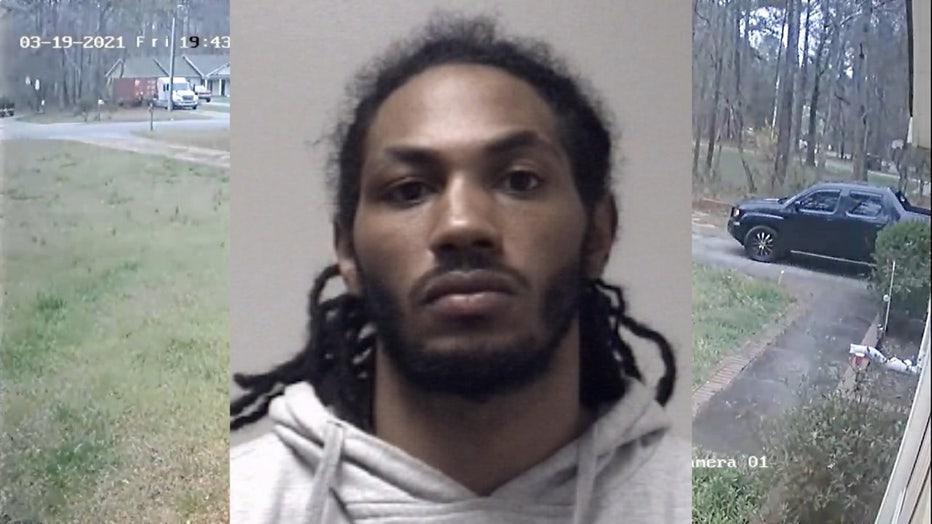 Mario Clarke, 26, is charged with aggravated assault for shooting at his father

Deputies say the family shootout started when the 26-year-old Clark from LaGrange arrived at his father's Coweta County house with a gun in his pocket — a gun his father did not want in his house. When the father tried to disarm his son, deputies say he pulled the weapon on his father.

"The father saw the imprint of the gun, that’s the outline of the gun in his clothing," said Inv. Toby Nix of the Coweta County Sheriff’s Office.

Deputies say when Clarke would not surrender his gun, the father retrieved his gun and chased him from the house.

Deputies say the video continues with Mario Clarke running back into the frame, sprinting toward his father, and firing shots. They say the father returned fire, in an obvious fight for his life.

A Georgia father tells deputies he confronted his son about having a gun in his pocket and he says rather than turn it over, his son opened fire on him. It was all caught on the family’s home security camera.

The father then called 911.

"Our patrol deputies were able to make contact with the male outside the house and he still had the firearm on him at that time," Nix said.

Deputies say the father acted in self-defense and is not facing charges. Not so for his son.

Mario Clarke has been charged with aggravated assault and has been booked into the Coweta County jail.