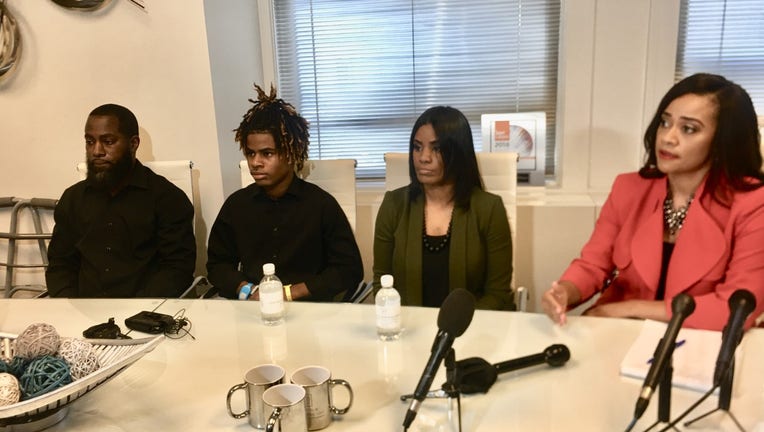 ATLANTA - A Henry County family is threatening legal action after a Hampton High School football player was left paralyzed from injuries he received during a football game on August 29.

An attorney for 15-year-old Eric Clark maintains the school's football coaches were negligent and did not follow proper concussion protocol, when the teen received a head injury and experienced concussion-like symptoms during practice on August 27.

Attorney Lashonda Council Rogers told FOX 5's Deidra Dukes, "Eric was at football practice and he suffered an injury. Unfortunately, the coaching staff at Hampton High School did not follow concussion protocol and Eric was allowed to play in a game two days later."

It was during that junior varsity game on August 29h, Eric Clark took another severe hit that left him paralyzed from the neck down.

An Atlanta high school football player suing due to injury

He has recovered somewhat, but remains on a walker which he will likely use for some time. Eric can't write, type, bathe, or go to the bathroom on his own. The family is staying at the Ronald McDonald House to be close to Children's HealthCare of Atlanta at Scottish Rite, where Eric is undergoing daily rehabilitation therapy. His mother Latrice Clark admits the whole ordeal has taken a toll.

"To see him in this state laying up in the bed, not able to do anything in the beginning he couldn't feed himself, he couldn't move his fingers."

Rogers maintains the Henry County School System and Hampton High School officials were negligent because the coaching staff had football players run illegal football drills and then failed to follow concussion protocol when Eric was injured during practice.

"When Eric suffered an injury during practice on August 27 they should've informed Eric's parents of the severity of what was going on and had that occurred and if a medical professional would've examined Eric I don't think we would've been in this position today."

FOX 5 reached out to the school district for comment. A spokesman said they don't comment on pending litigation but that "as a district, we remain committed to the safety of our students and student athletes each day."

The Clark family has started a GoFundMe page to help cover Eric's expenses.