Family of Roderick Walker speaks out

The family and their attorney are demanding Walker be released from jail after video captured Walker being pinned down by a Sheriff's deputy.

CLAYTON COUNTY, Ga. - The Attorney and family of a man pinned down by two Clayton County Sheriff's Office deputies are speaking out.

The incident happened Friday outside the Georgia Department of Public Health in Clayton County.

Attorney Shean Williams is representing Roderick Walker. Williams is demanding Walker be released from jail and all charges dropped.

The video that sparked the investigation shows Walker being pinned to the ground by two Clayton County deputies. At one point, Walker yells, "I can't breathe". 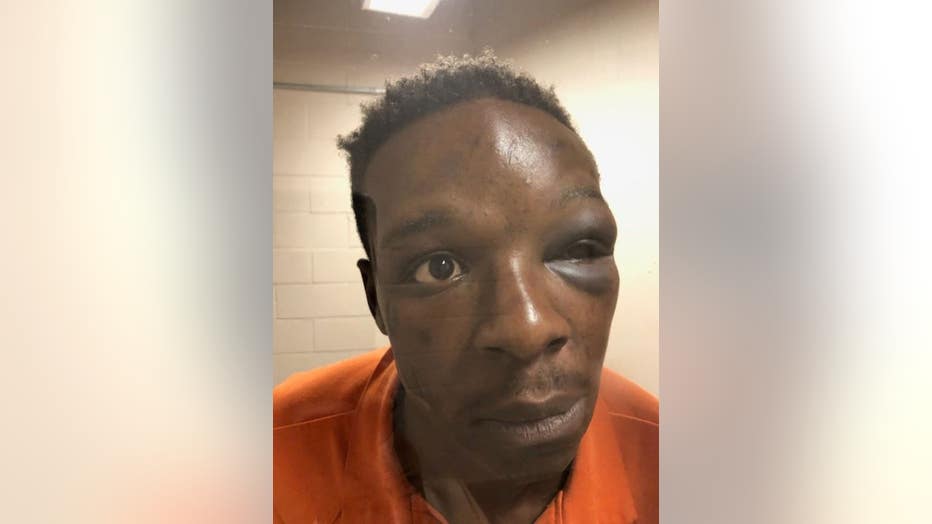 Williams says Walker was the passenger in a vehicle during a traffic stop. Williams says deputies asked for Walker's I.D. which he didn't have. After that, the incident escalated.

"They approach Mr. Walker, demanded he have I.D. and when he told them he did not and cooperated, they got upset," said Williams.

Walker's mom, Tywouna Walker, was visibly upset at the news conference on Saturday.

"He's attacked, beaten on his face, throughout his body. He is choked. He is unable to breathe. He has at least two episodes where he goes unconscious," said Williams.

The Clayton County Sheriff's Office has placed one of the deputies involved in the incident on administrative leave.

"We could be talking and mourning his life. We've seen this happen on too many occasions, and we're tired of it," said Williams.