Investigators in Tucker are searching for a woman who set fire to the Family Dollar store.

TUCKER, Ga. - State authorities have posted a $10,000 reward for information leading to the arrest and indictment of a woman who set a fire inside a Family Dollar store earlier this month.

"We want people to be careful out there because during these times we don’t know how people are going to behave," DeKalb Fire Detective Henry Patterson said.

Police released stills from the store’s surveillance video of the woman in question. Police said the woman entered the Family Dollar located at 5404 Covington Highway in DeKalb County and then set fire to some of the items on the shelves inside.

"Employees saw a customer start a fire in the aisles. She was behaving erratically and making terroristic threats," Patterson said. 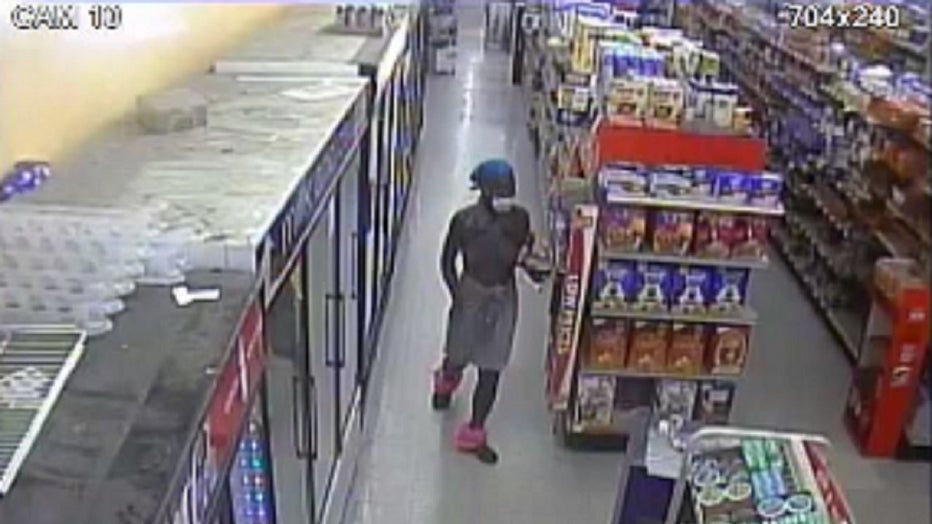 DeKalb County investigators released photos of a woman suspected of setting a fire inside a Family Dollar in Tucker on May 2, 2021. (DeKalb County Arson Unit)

Police said employees and customers were inside at the time. Investigators believe the woman used lighter fluid to start the fire,

The fire caused a "complete inventory loss" for the store and caused smoke damage to a business next door.

Crews were able to put the fire out before it spread to other businesses in the shopping center.

"She is dangerous. We don’t know if she has weapons but she is someone we need to get ahold of right away," Patterson said. 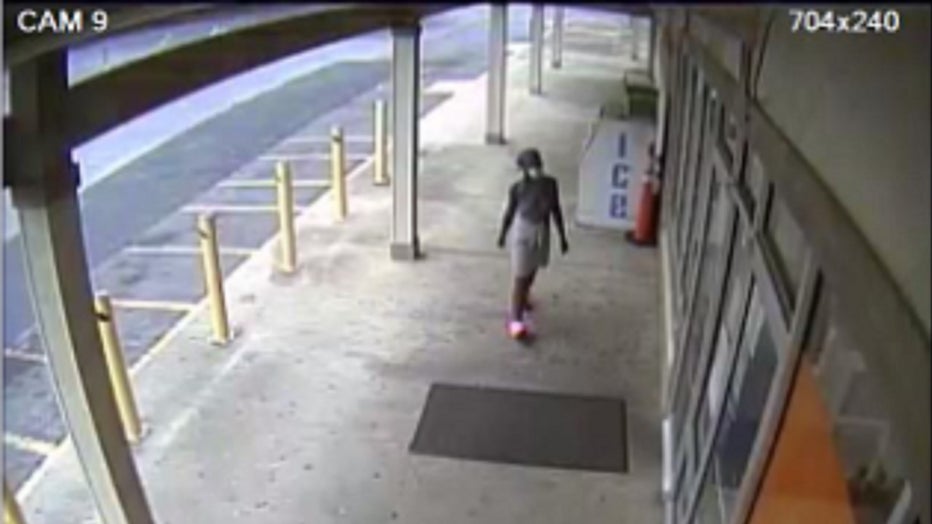 DeKalb County investigators released photos of a woman suspected of setting a fire inside a Family Dollar in Tucker on May 2, 2021. (DeKalb County Arson Unit)

Police said the woman was seen shouting threats while walking through the parking lot.

"We are afraid with behavior like that if she would do something like this again so we want to catch her as soon as possible," Patterson said.

Anyone who sees the woman or knows her identity is asked to call the Georgia Arson Control Hotline at 1-800-282-5804. Tipsters can remain anonymous and could be eligible for a $10,000 reward.