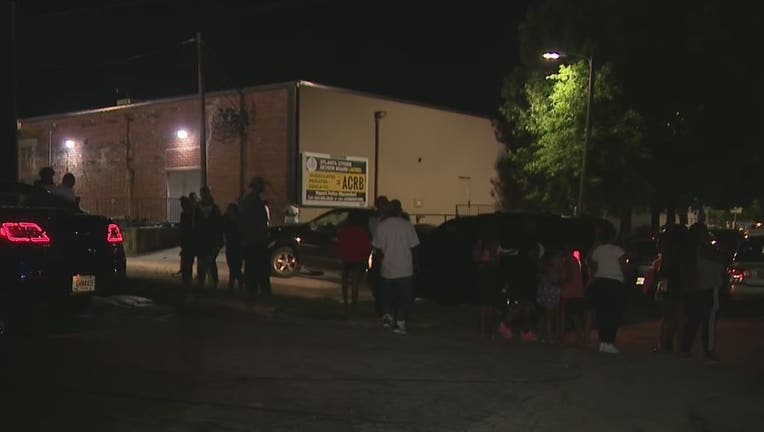 A crowd gathered outside an Atlanta apartment complex after a double shooting on May 31, 2021. (FOX 5)

ATLANTA - One person is dead and another was injured in a shooting on Monday evening outside a southwest Atlanta apartment complex, police say.

Both were taken to the hospital where one of the victims died.

Details surrounding the shooting were not immediately available including information on a shooter.