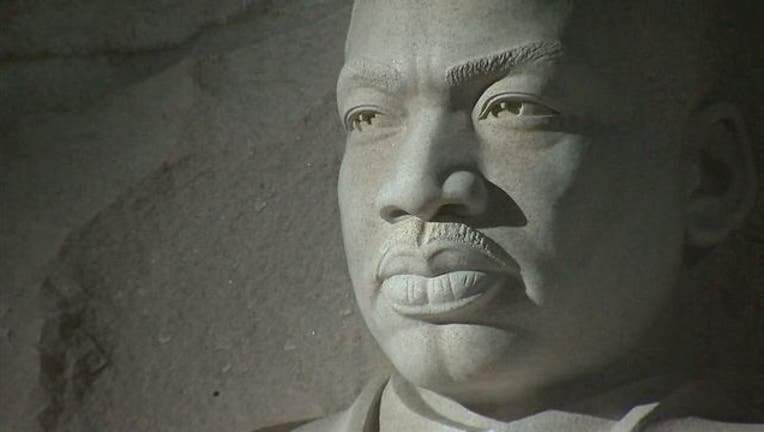 ATLANTA (AP) - A collection of the Rev. Martin Luther King Jr.'s papers on display in Atlanta provides insight into the slain civil rights leader's thought processes as he drafted some of his most well-known speeches and notable sermons.

"The Meaning of Hope: The Best of the Morehouse College Martin Luther King, Jr. Collection" is set to open Saturday at the National Center for Civil and Human Rights in Atlanta. It is timed to commemorate what would have been King's 90th birthday on Jan. 15 and to attract people visiting Atlanta for the Super Bowl next month.

The Voice to the Voiceless gallery at the center plays host to exhibits of King's papers from the Morehouse collection that rotate every four months. Organizers intended this particular exhibit to showcase the "best of the best," papers that people would instantly recognize without much explanation.

There are drafts of his Nobel Peace Prize acceptance and "Beyond Vietnam" speeches and of his eulogy for four girls who died when Ku Klux Klan members bombed a church in Birmingham, Alabama. In drafts and outlines of speeches and sermons, both typed and written out longhand, words and entire lines are crossed out and rewritten. Even an already published copy of "Letter from Birmingham Jail" is marked with further handwritten edits.

The exhibit also provides visitors an opportunity to go beyond King's most familiar words to learn something new, said Lauren Tate Baeza, head of content for the center.

"It gives us an opportunity to tell a story that maybe they didn't know about something that they very much know," she said.

For example, most people are familiar with King's iconic "I Have a Dream" speech, but they may not know that he largely improvised when he delivered that speech, departing from his text titled "Normalcy, Never Again," Baeza said. A draft of that speech with King's notes is part of the exhibition.

Also included in the exhibition are King's school transcripts - including one from Crozer Theological Seminary where he got a C in public speaking - and the briefcase he had with him when he was assassinated in 1968 and its contents, including aspirin and shaving powder.

"That gives people an idea, not as a scholar or as a minister, but King as a person, what he had on him, what he carried around," Moore said.

It's important to humanize him - to display his everyday items, his transcripts with average grades and the drafts of speeches with sections scratched out - because that makes him more accessible and can help inspire others to follow his example, Baeza said.

"I think we want people to walk away feeling they can have an impact," she said.

In addition to King's papers, a new permanent art installation called "Fragments" is making its debut just outside the gallery. Designed by Paula Scher and Abbot Miller, 50 metal panels are scrawled with King's handwriting cut by laser and illuminated from behind. The sculpture is meant to give viewers insight into King's thought process.

"It's him speaking for himself," Baeza said. "There you are - you're in his mind."