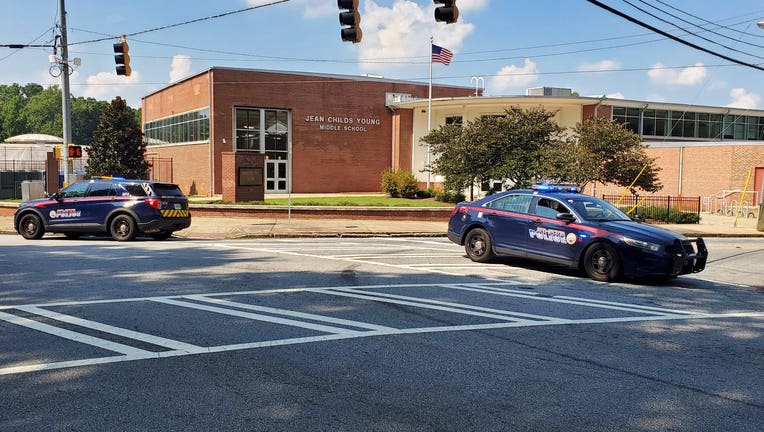 Students and staff at Jean Child Young Middle School were forced to evacuate on Wednesday due to a bomb threat, district officials say. (FOX 5 Atlanta)

Atlanta police are investigating outside of the school, located at 3116 Benjamin E. Mays Drive.

"A bomb threat was called into Jean Childs Young Middle School this morning. For the safety and security of students and staff, the building has been evacuated and everyone was rerouted to a nearby location. All students and staff are safe. Atlanta Public Schools Police Department and the Fulton County Sheriff’s Office are onsite to assist with the search of the campus. School administration is currently waiting on an all-clear. Parents should not come to the school to pick up their children. We expect to resume classes after the building has been cleared. The safety and security of our students and staff remain our top priority." 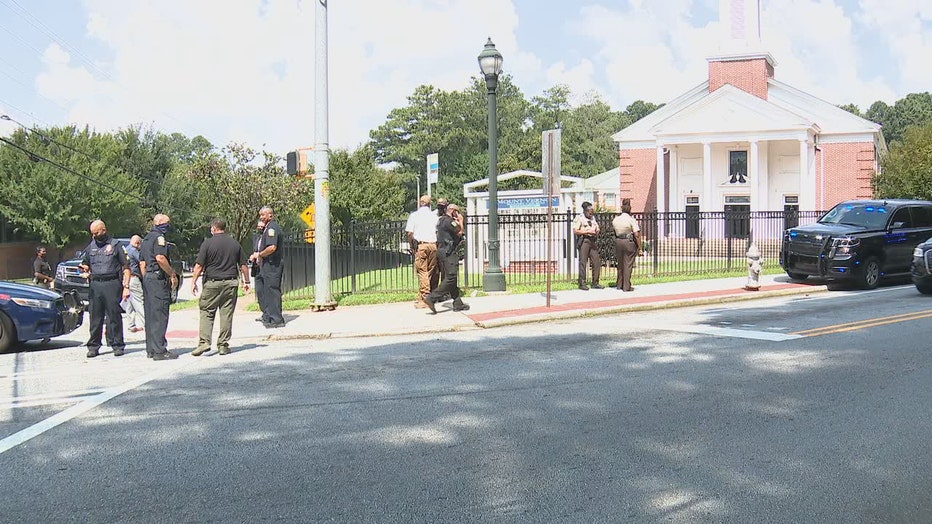 Students and staff at Jean Child Young Middle School were forced to evacuate on Wednesday due to a bomb threat, district officials say. (FOX 5 Atlanta)

"It's scary either way, right? If there's no bomb or if there is an actual bomb," parent of a Jean Childs Young Middle eighth-grader Shani Harris said. "I don't know who woke up this morning and decided to play these games, because it's no joke."

Parents said school officials emailed and called them to alert families of the development on Wednesday.