Tuesday is the first day of early voting for November's elections in Georgia. Some of the big races on the ballot this year center on leadership at the local level including a race to be Atlanta's next mayor.

ATLANTA - Tuesday, Oct. 12 is the first day of early voting for November's elections in Georgia.

Voters have 18 days to cast their ballots early for the upcoming election.

Some of the big races on the ballot this year center on leadership at the local level including City Council and school board seats.

Sales taxes are also on the ballot in Fulton, DeKalb, and Cobb County.

In Atlanta, the biggest seat up for grabs is for mayor. In May, current Mayor Keisha Lance Bottoms announced that she would not seek reelection. 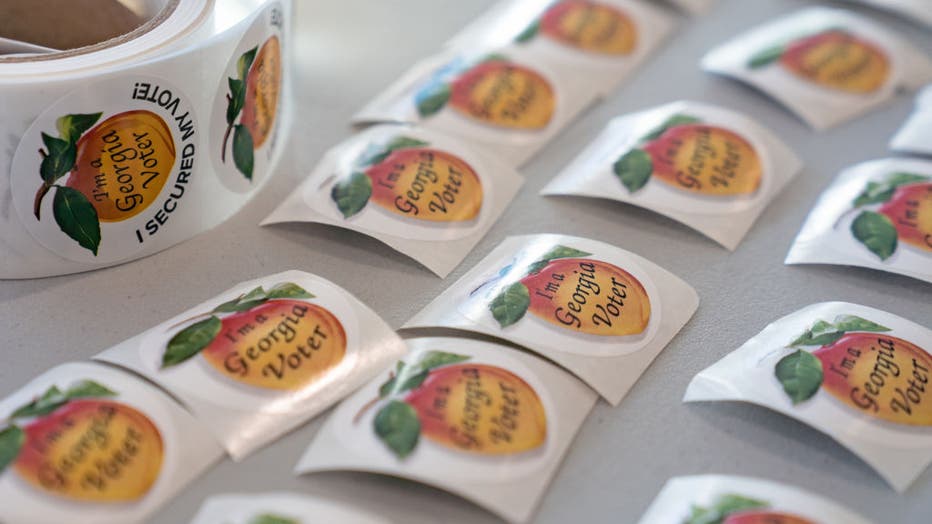 Stickers for voters after they have voted, sit on a table at a Cobb County voting location on January 5, 2021 in Atlanta, Georgia. (Photo by Megan Varner/Getty Images)

"I don't think there's a lot going on other than the mayor's race, so it's going to have people's attention, especially as the air wars continue over next weeks," the Georgia Gang's Bobby Kaple said. "We'll start to see more television ads. mail in mailbox, knocks on their doors, etcetera up and down the ballot."

It's likely with so many candidates vying for Atlanta's mayoral seat that it will go to a runoff. There are 14 candidates who have qualified to have their name on the ballot to become the city's next mayor.