The family of Dy'Shea Hall, the teen dancer shot and killed in the parking lot of a DeKalb County grocery store, wants the gunman to turn themselves into police. Police say they are still searching for the person of interest.

DEKALB COUNTY, Ga - The search continues for the person who shot and killed a DeKalb County teen and critically wounded another last weekend.

The shooting happened around 7:35 p.m. on Sunday outside a Kroger located at 4919 Flat Shoals Parkway. DeKalb County police said 16-year-old Dyshea Hall died and 17-year-old Javonte Wood was left in critical condition after the shooting. 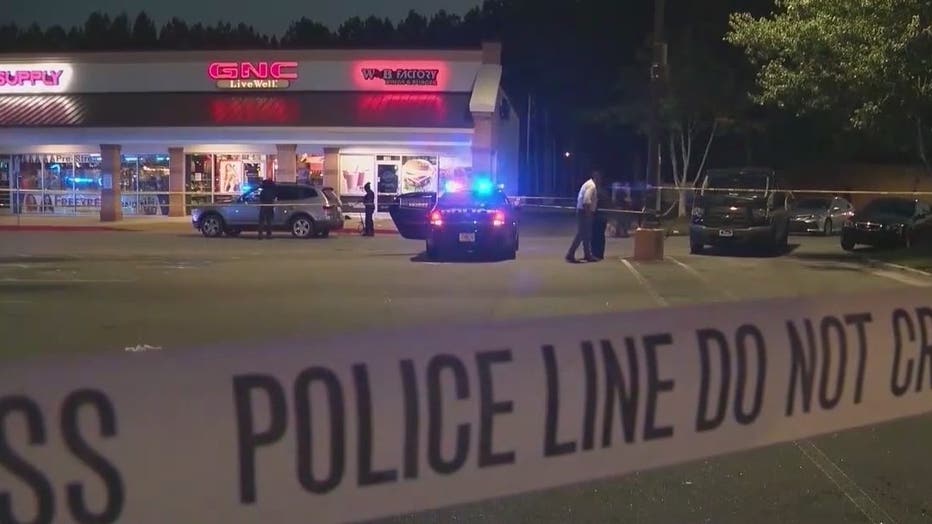 Police surround the parking lot of a DeKalb County grocery store where a teen was killed on June 12, 2022. (FOX 5)

Police said the two people were in an argument with someone inside a vehicle before the shooting incident occurred. Police said two people left in a white sedan going south on Flakes Mill Road.

Police said the girl was an innocent bystander, not the intended target. 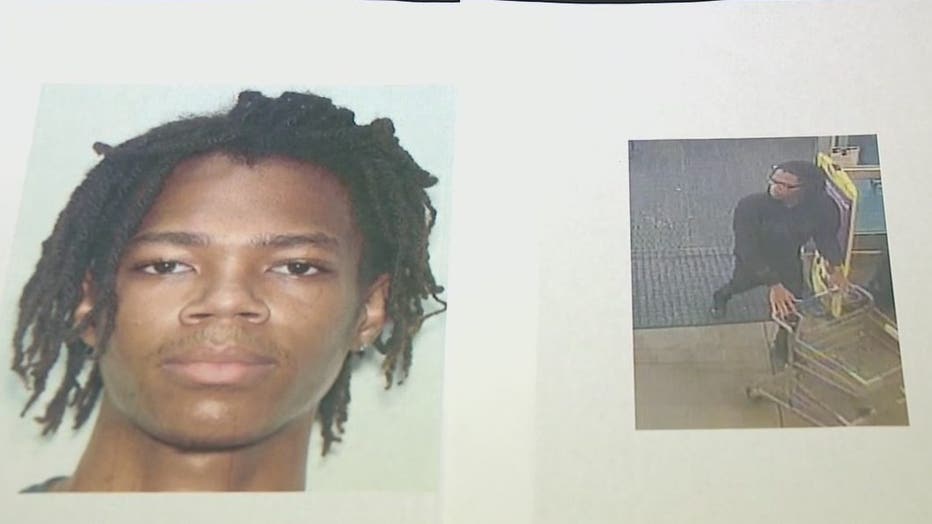 DeKalb County police released these images of a suspect wanted in the deadly shooting of a teen on June 12, 2022.

On Friday, investigators released a photograph of a suspect they're looking for in connection to the deadly shooting.

"The community has done an outstanding job calling us with leads and tips," said Lt. Quigley.

Her mother, grandmother, and uncle joined the police in calling on the public to help find her killer.

"Whoever did this turn yourself in you took our joy away from us," said Ron James, Dyshea’s uncle 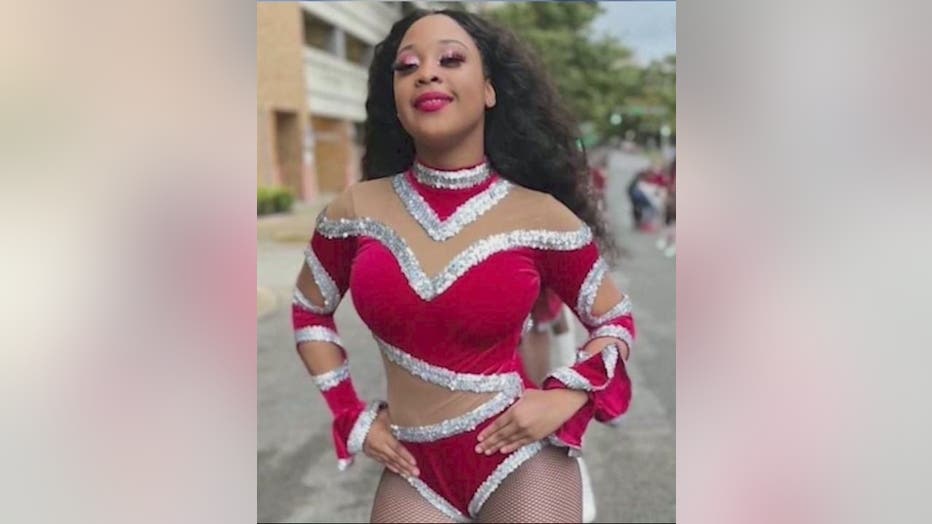 Dyshea Hall’s mother said she was full of live. She was active in school and her community.

"She was a very loving kid. She would give you the shirt off her back if she could, always trying to take care of everybody," said Dionnia McCord.

Dancing was her passion. 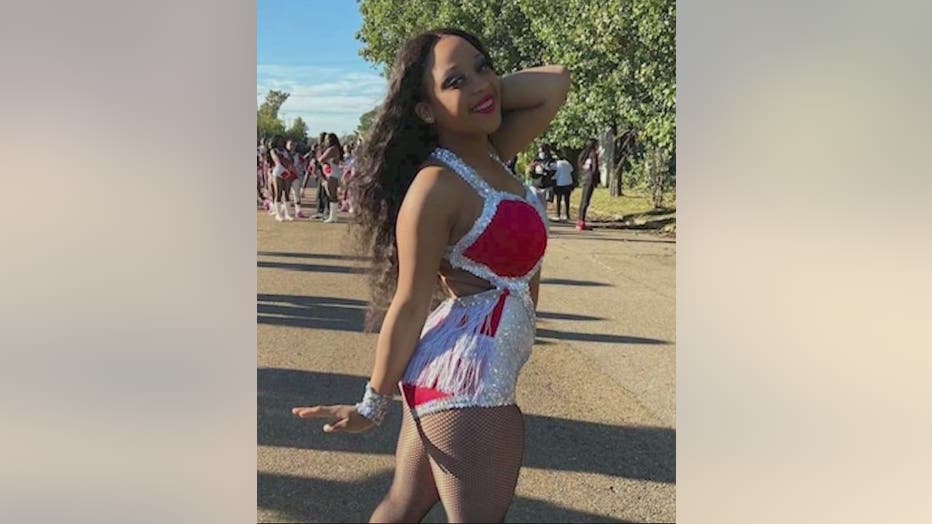 "Dyshea, it doesn't matter where she was, she loved to dance. She would dance in church. She did so much. She would speak. This child was great," said Valerie James, her grandmother.

She spent countless hours honing craft and shared her love of dance with the world.

"Dance was her life," her mother said.

The teen was featured in a reality series, as a member of the dance team "Ms. D's Dancing Dolls." 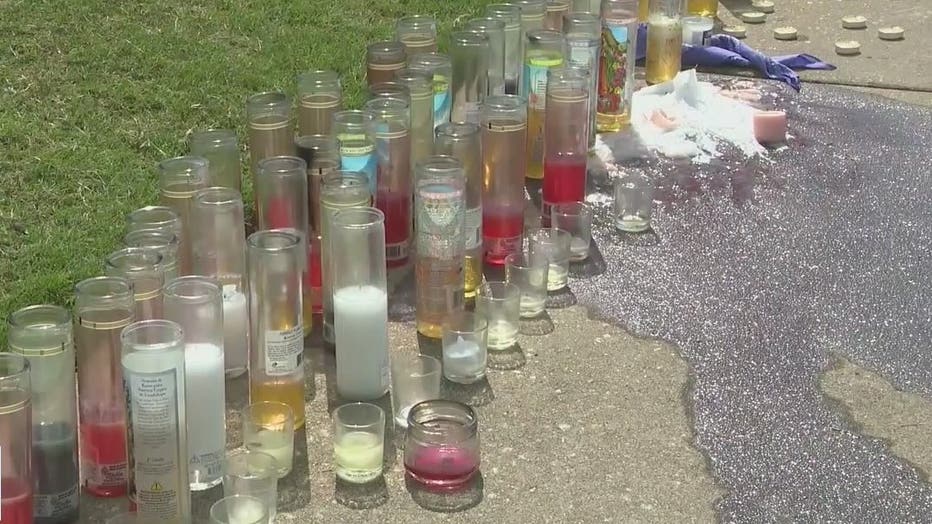 Candles surround a makeshift memorial at a DeKalb County grocery store where a teen was killed on June 12, 2022. (FOX 5)

"We are trying to cope with everything, take it one day at a time, everyone the family is just heartbroken about it," her mother said.

"The people that did this the best thing to do is to turn yourself in. You took an innocent life from us. Everything you heard about my niece is true just a giving bundle of joy," her uncle said.