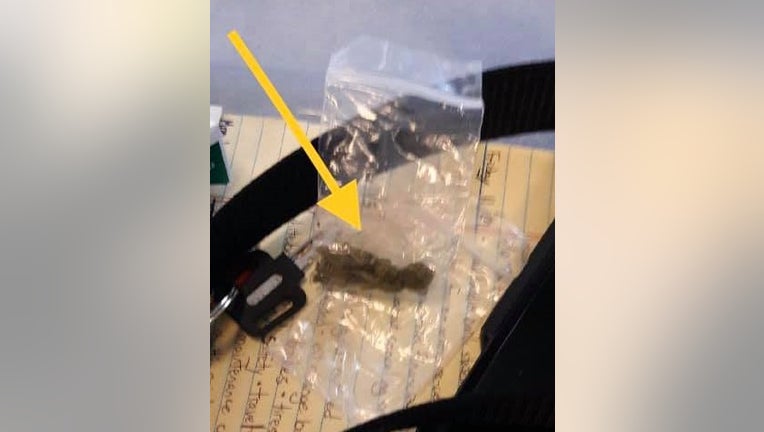 DULUTH, Ga. - Marijuana is now legal in 10 states, but the Duluth Police Department wants the public to know that Georgia is not one of them.

While some cities in Georgia have decriminalized carrying a small amount of marijuana, it is still something one should not be carrying around, especially when trying to enter a courthouse.

Duluth police posted on their Facebook page that earlier this week, someone tried to do just that. They titled the post: “TIP #1 – DON’T BRING DRUGS TO COURT!”

“Earlier this week, while trying to enter the Duluth Municipal Court for a previous violation, a man emptied his pockets and placed this bag of marijuana in the security check-in bin. When our officers operating the check-in area asked the individual about the bag, he initially denied the bag being his. However, he quickly recanted that statement, went into court, and had to handle his original violation and the new drug charge.”

This past August, Duluth police said they will follow the lead of the Gwinnett County Police Department and the Gwinnett County Solicitor in not pursuing charges for “a small amount of marijuana or hemp” which would result in a misdemeanor charge. However, when passing through the courthouse security, “possession” turns into “contraband” which is handled as a separate charge.

The name of the individual has not been released. It was not clear how much marijuana they were carrying or the exact charge.