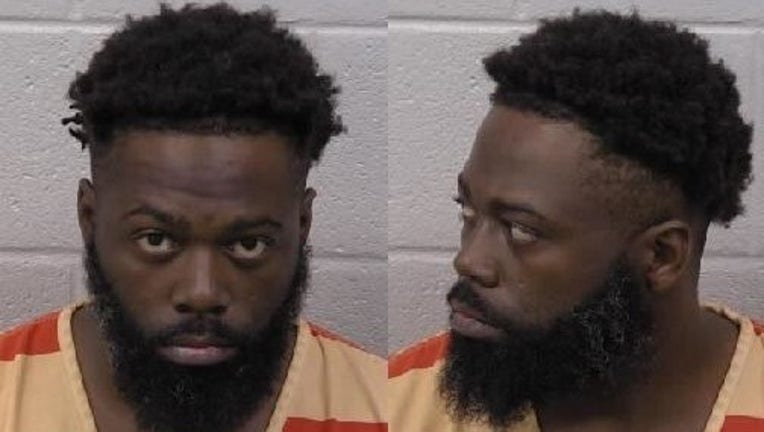 PAULDING COUNTY, Ga. - A man is facing dozens of charges after a police chase ended with a deadly wreck in Paulding County.

Deputies with the Paulding County Sheriff's Office says they were requested to help a Georgia State Patrol trooper with a traffic stop in the early morning hours of Friday, Sept. 10.

The trooper told deputies he had stopped an "uncooperative male" and that he needed quick assistance.

When deputies got to the scene, they say the driver, identified as 35-year-old Charlie Wilson Moore, refused to roll down his window and give them any information they requested.

During their investigation, deputies discovered that the man was driving on a suspended license. One Paulding County deputy broke Moore's driver's-side window, which led him to drive off, running over a deputy's foot and causing a chase.

Law enforcement officials used a PIT maneuver to try a stop Moore's car, which made it crash.

After the crash, officials determined that a boy inside the car who was not wearing a seatbelt was fatally injured.

Moore, who deputies say they determined was drunk and was wanted out of Henry County and Covington for multiple charges, has now been charged with over 30 offenses.

The charges include murder during the commission of a felony, first-degree homicide by vehicle. DUI, fleeing and attempting to elude, aggravated assault against a peace officer, reckless driving, speeding, no license on person, and endangering a child with DUI of alcohol or drugs.