HAPEVILLE, Ga. - Crime hasn't stopped during the pandemic, and neither has crimefighters, despite the added danger of possible exposure to COVID-19.

The Hapeville Police Department shared a photo on Facebook of the drugs and cash officers confiscated during a traffic stop Saturday.

Hapeville police said a traffic stop has led to a drug bust.

Hapeville Police Chief Richard Glavosek had high praise for his officers, who are fighting crime amid the coronavirus pandemic.

"They're doing a good job. We're all affected by this COVID-19 obviously, but our charge is to stay with what we are here to do, and that serves the residents of Hapeville," Chief Glavosek told FOX 5.

According to police, an officer on routine patrol discovered the illegal contraband in a vehicle traveling along Dogwood Drive at around 10 p.m. Saturday.

"One of our officers while patrolling smelled marijuana what he suspected to be a strong odor of marijuana.

Chief Glavosek tells FOX 5 that an occupant in the vehicle admitted he had pot on him after the officer stopped the car.

"In fact, one of them pulled out a bag of marijuana, a small bag of marijuana, confirmed it was marijuana and said 'This is probably what you smelled.' At that point the officer had probable cause, he searched the vehicle." 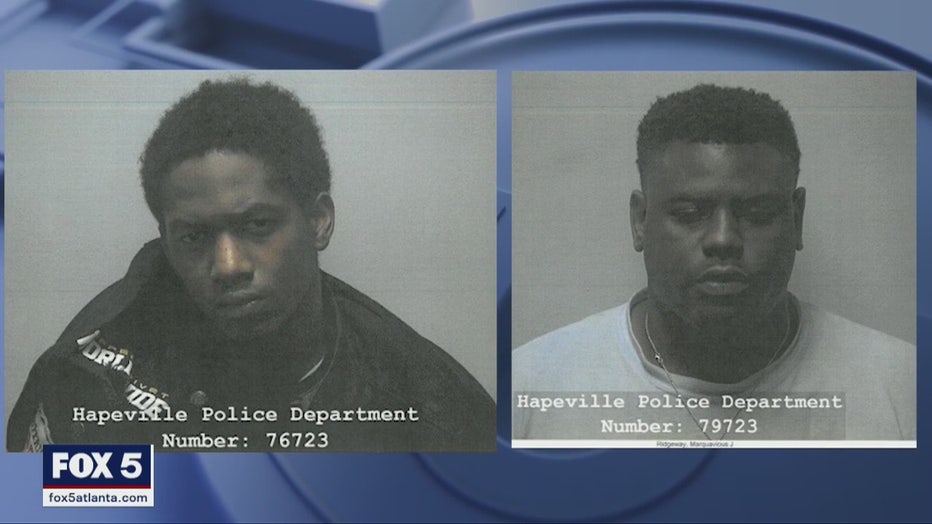 The Facebook post detailing the incident has received hundreds of likes and several comments. The Chief appreciates the show of support for his officers, especially right now.

"You know it's important to us to make the citizens aware of what we are doing. We don't want to be working in a bubble. We want to make sure everyone knows we are still here still doing the job and protecting them."