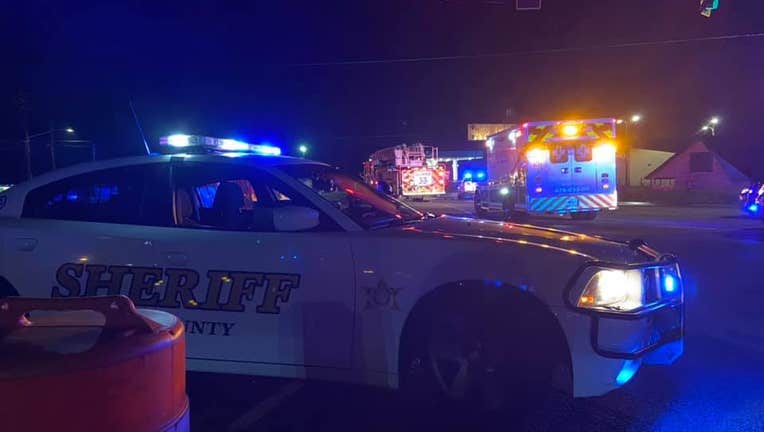 Officials say the crash happened just after 12:30 a.m. on Broadway at Houston Road.

According to investigators, a vehicle traveling south on Broadway went through the grass median and struck a Freightliner tractor-trailer that was stopped at the traffic light on Houston Road.

After the impact, the first vehicle caught on fire, trapping the driver and passenger inside. The tractor-trailer also was pushed into a nearby Chevy Impala that was also stopped at the light.

The driver and passenger of the first vehicle were pronounced dead at the scene. Their identities have not been released.

The driver of the tractor-trailer, a 57-year-old South Carolina man, was treated at the scene. The driver of the Chevy Impala, a 54-year-old resident of Macon, Georgia, was taken to a nearby hospital in stable condition.