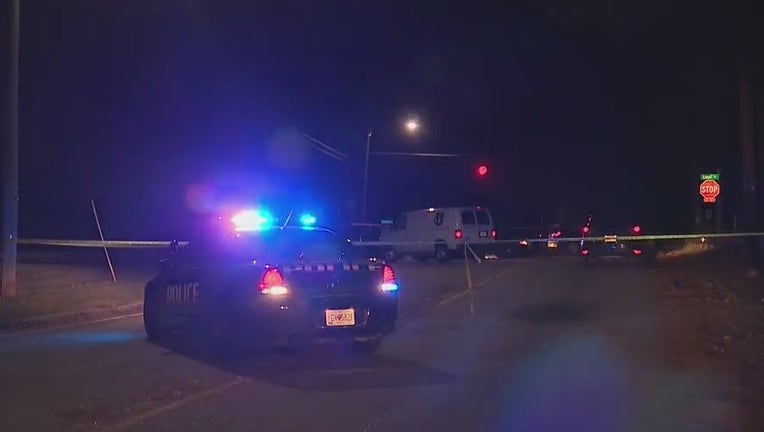 DEKALB COUNTY, Ga. - Police in DeKalb County are looking for a killer after a driver found a man shot to death in a road.

Officials tell FOX 5 around 2 a.m. Tuesday a passerby in a car noticed what appeared to be smoke in the area of HF Shepherd Drive and Lloyd Road.

After stopping and smothering the smoke out, police say the passerby discovered a man dead and called 911.

When officers arrived on the scene, they discovered the victim had been shot at least once.

Crime scene investigators carried evidence bags from the scene as detectives continue to piece together what happened.

Officials have not been able to identify the victim at this time but say that he is believed to be in his early or mid-20s.

DeKalb County police say they do not have security footage from the area and are not sure what led up to the shooting.