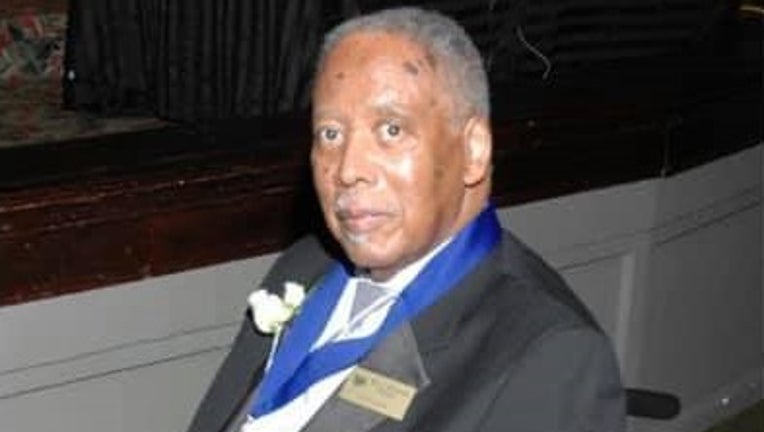 Dr. C. Clayton Powell died on Friday at the age of 93. (Courtesy of the family)

ATLANTA - Dr. C. Clayton Powell, the co-founder of the National Optometric Association and a charter member of the Development Authority of Fulton County, has died on Friday at the age of 93.

Powell was born in Dothan, Alabama in 1927. Speaking as part of a Morehouse History project, Powell says he remembered picking cotton and shaking peanuts as well as meeting George Washington Carver as a young boy.

When he was around high school age, Powell moved to Atlanta and attended Booker T. Washington High School, where he was named president of the school's student government. He then went on to college at Morehouse, spending his time as part of the Beta Kappa Chi National Scientific Society, Omega Psi Phi Fraternity, and other organizations.

After graduation, Powell was called to a field where, at the time, not many African-Americans were practicing - optometry. AT school at the Illinois College of Optometry, he was the only Black student in the class. He returned to Atlanta to practice, but the memory of the nature of his schooling stayed with him.

In 1969, Powell helped to found the National Optometric Association to open doors for African-American students interested in studying the field. The organization, which has now been around for over 50 years, helps through scholarships and grants as well as serving overlooked communities and promoting eye health.

Dr. Powell's civil rights work didn't just focus on eyes. He also worked with the Atlanta branch of the NAACP to file the cases to desegregate Atlanta Public School, the NOA reports.

Powell is also a charter member of the Development Authority of Fulton County, which was founded in 1973, and served on the board as well as acting as executive director and chairman for periods of time.

Powell is survived by his wife, Deborah Powell, and their family.