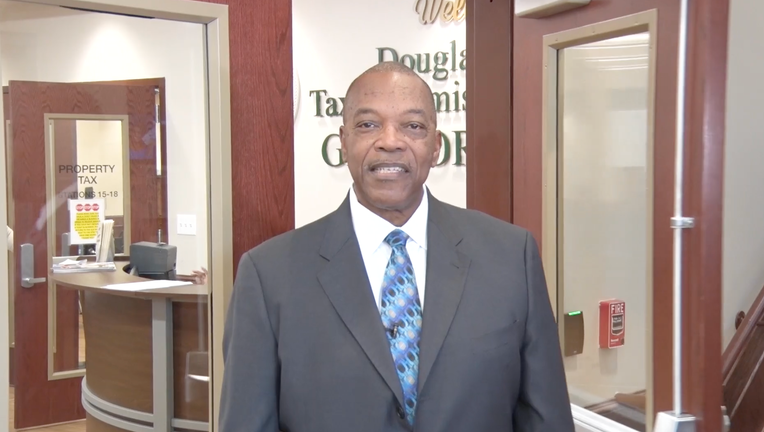 DOUGLASVILLE, Ga. - When the pandemic forced Douglas County commissioners to adjust their budget, they required all county employees except those in the elections office to share the burden by taking five unpaid furlough days.

But nine Douglas County workers not only haven’t shared the financial pain — they recently got bonuses.

They work for Douglas County Tax Commissioner Greg Baker. He was re-elected to a second term this month.

On October 22, Baker approved a total of $28,500 worth of bonuses for nine of his employees. Chief deputy Sharon Jackson got the largest bonus: $7000. 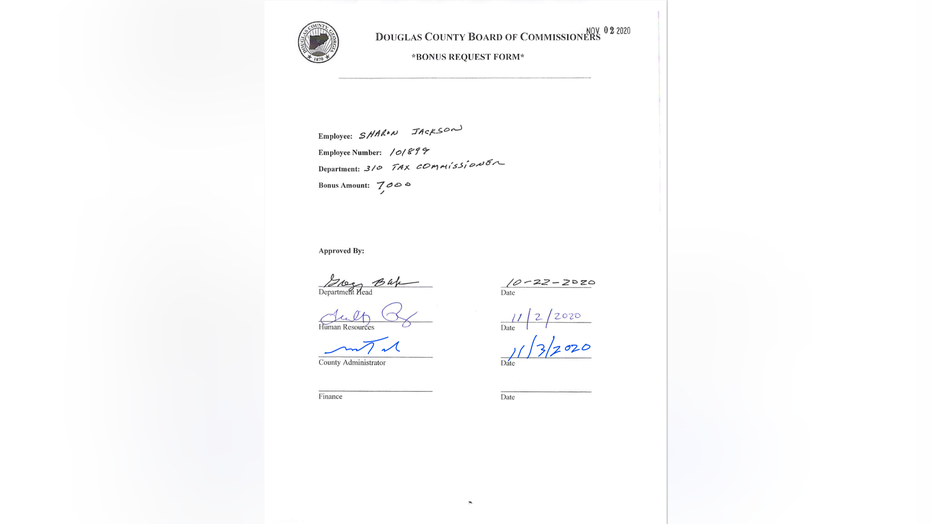 No one in the tax commission office had to take furlough days. According to a Douglas County spokesman, Baker instead agreed earlier to give up a $200,000 technology upgrade that was already in his budget. It’s unclear whether other department heads were given a similar choice.

Baker refused to answer questions when the FOX 5 I-Team first emailed him and later showed up outside his office.

Some bonuses for government employees as others are furloughed

The next day, Baker sent a brief statement, explaining the bonuses are “to reward them for their hard work and dedication to the citizens of Douglas County. My employees did not receive hazard pay, but continued to serve the public wearing masks, maintaining social distancing and repeatedly washing hands.”

He also said those nine employees worked weekends without getting paid. Baker said all his employees will start taking unpaid furlough days in mid-December once the tax collection season is finished. He admitted they will likely not be able to take five furlough days like other county employees. 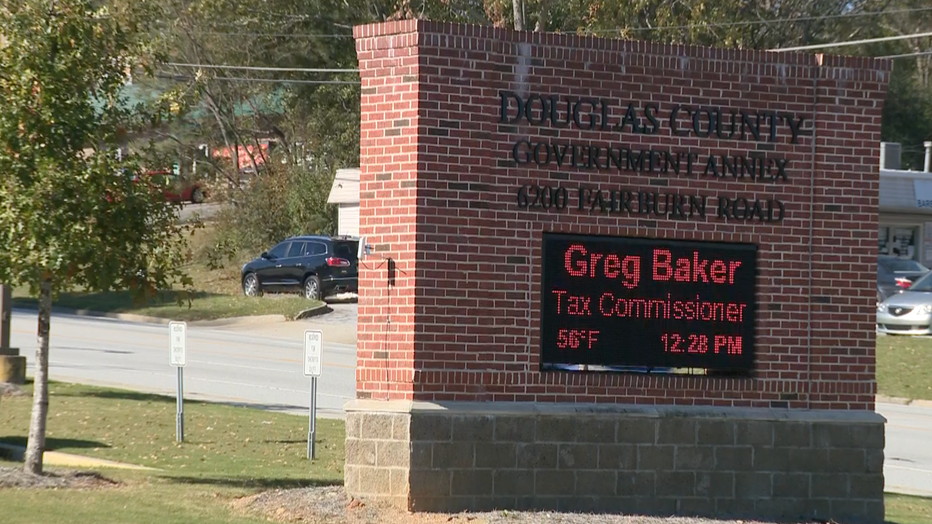 Commissioner Baker said the bonuses were for "hard work and dedication."

The timing of the bonuses struck a nerve for many in Douglas County.

“You’re telling me that another department turns around and gives bonuses?” asked retired fire lieutenant Thomas Woodruff. “When these guys can’t even get their regular paychecks? It’s infuriating.”

Woodruff said the furloughs have forced some fire stations to shut down on certain shifts because they don’t have enough staff, putting the county’s safety at risk. 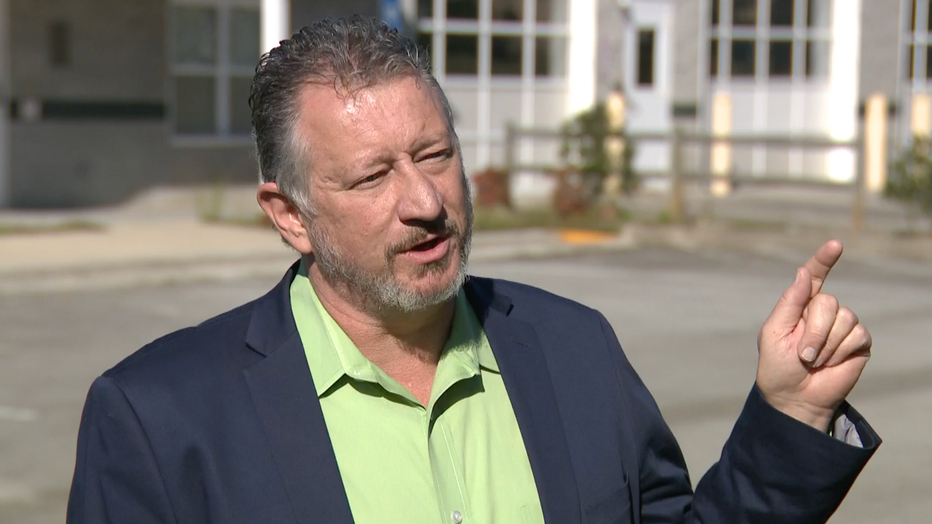 In an email obtained by the FOX 5 I-Team, county manager Mark Teal asked commission chairwoman Romona Jackson-Jones, “Do you want us to approve these bonuses when most all other employees had to take furloughs?”

Teal later emailed human resources, writing “per direction from Madam Chair a few minutes ago via phone conversation, the Tax Commissioner is a Constitutional Officer and can provide bonuses for his employees if he has funds available within his budget.”

“It’s crazy,” said Van Sedwick, standing outside the tax commission office in a long line waiting to pay his property taxes. “It’s typical of government. It’s really unfair to the employees and to the taxpayers to know that that’s happening.”

But the FOX 5 I-Team learned something else that will also likely trouble taxpayers.

The commissioner’s office was late in providing how much money Douglas County can expect in revenue next year, blaming the delay on "system errors." 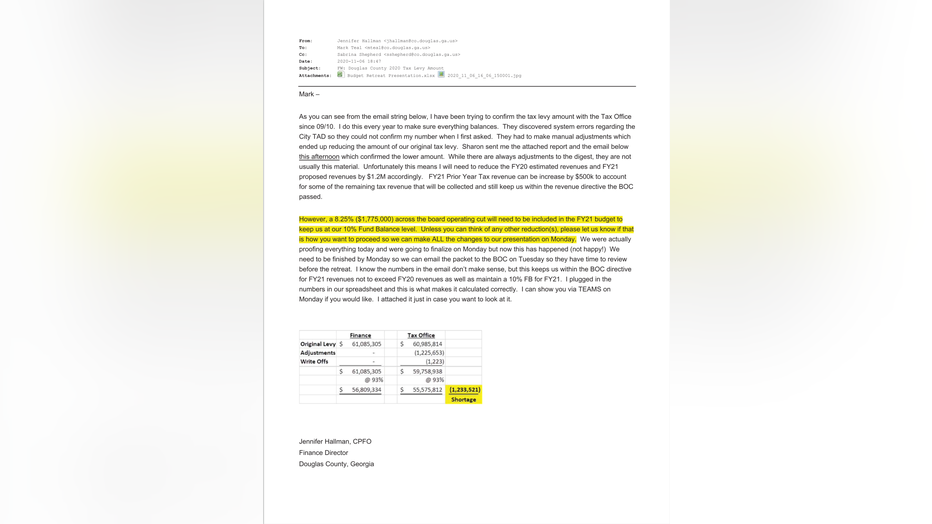 The Douglas County Tax Commissioner's office was late in delivering projected revenues for next year. The county faces another 8.25% cut.

According to an email from county manager Teal to commissioners last week, the county actually faces another $1.2 million shortfall, requiring even more cuts: an 8.25% reduction in next year’s budget.

Baker questioned that shortfall and said it’s not his staff’s fault for the delayed report.

As for Douglas County's unpaid furlough days, they were supposed to end next month.