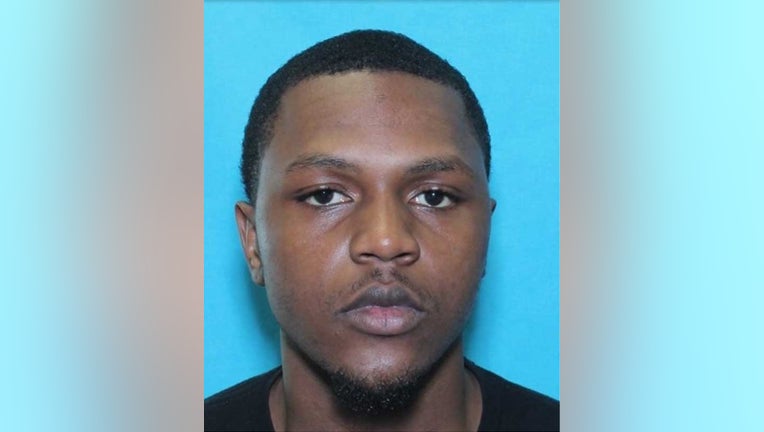 DOUGLAS COUNTY, Ga. - A man is on the run for his part in a shootout in a normally quiet neighborhood that damage several homes, the Douglas County Sheriff’s Office said.

Ridge Reshaun Gay is wanted for aggravated assault and criminal damage to property.

Investigators said Gay and Quintavious Davis got into an argument at a home along Jackie Drive on Thursday. That fight spilled outside where deputies said Gay and Davis exchanged gunfire.

When deputies arrived shortly before 1 p.m., they found Davis and his fiancé Bree’on Huff. Investigators collected numerous gun shell casings and noted several homes were damaged in the gun battle.

Davis was arrested and charged with criminal damage to property, reckless conduct, possession of marijuana, possession of drug related objects, drug possession, and discharging a firearm near a public roadway.

Huff was arrested on drug possession and drug-related charges.

Both were booked into the Douglas County jail.

Gay remained on the run as of early Thursday evening.