Search for suspect who set dog on fire

Bystanders rush to help a dog that was on fire in a DeKalb County neighborhood. Now investigators are looking for the person responsible for that fire.

DEKALB COUNTY, Ga. - Police in DeKalb County said they have identified the owner of a badly burned dog, but investigators are still trying to find the person responsible for setting the canine on fire.

The DeKalb County Police Department said a large male Labradoodle was found "engulfed in flames" between 10 a.m. and noon along Lindsey Street on Sunday.

Note: Some may find the photo in this story disturbing

Police said the tan- and cream-colored dog was seen running along the road before bystanders came to the dog’s aid and put out the fire. 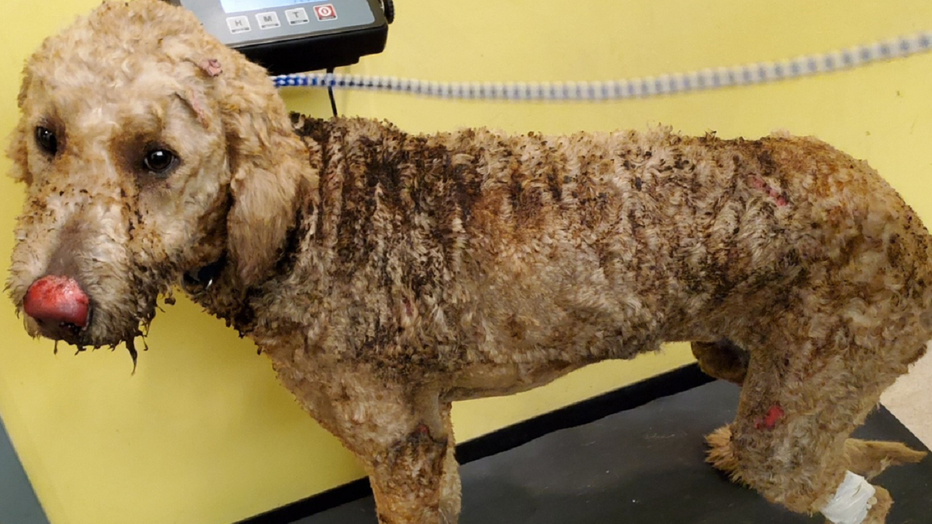 Investigators were searching for the dog's owner, which police said had been located.

Police are still trying to find out who is responsible for the dog catching fire.

The dog was listed in critical condition but has seen improvements.

Dog Days Rescue is caring for the canine and aiding in its rehab. They ask anyone who would like to help donate to the care to send it to PayPal @dogdaysrescue@gmail.com, Venmo at @dog-days-rescue (last four digits is 0038 of it asks), and Cashapp at $ddpr.