Chronic pain can be both debilitating and draining.

Atlanta - Eric Frank of Covington had a growing problem, on his neck. The Navy veteran says it started more than a year ago with an ache -- that quickly grew into a knot -- and then a mass.

Tests showed it wasn't cancerous. But the bigger it grew, the more it ached.

"Then, there was also the nerve pain because this tumor was growing and pushing against certain nerves," Frank says.  "So, you get the shooting nerve pains, which were seconds of real intense pain."

Frank tried medication to shrink the mass; it didn't help. 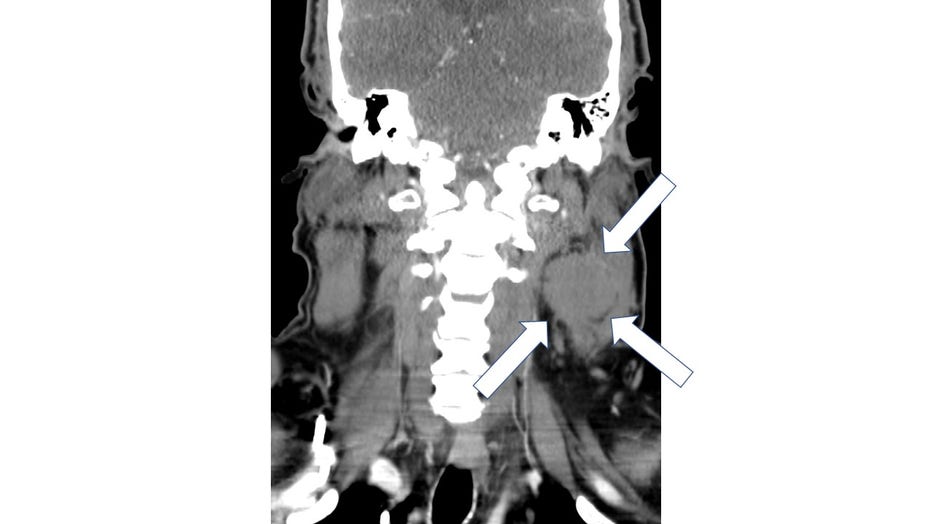 So, his doctor put him on prescription pain medication that made him feel groggy.

that might shrink the mass, and stop the pain without more medication.

"That gave me hope, because he was the first one to tell me something that he felt like was going to make a difference," Frank says.

"We have a patient lying in a CT scanner, and we have a pedal that we can use to generate real-time CT images of our needle," Dr. Prologo explains.

The CT images allow Prologo to thread a cool-tipped needle into the area he thinks is generating Frank's neck pain.

"We're able to skirt delicate structures and reach very precise locations by using this machine to guide our needle into place," he says.

Once he has the needle exactly where he wants it, Dr. Prologo drops the temperature, freezing the tissue.

"It destroys the tissue that is causing the pain and it stops the pain signals through the nerves in the region," Prologo says.

"Then, we take the needle out and, over the next week or two weeks, the body will absorb all of that tissue."

It will take time to shrink the mass.

But a week after his procedure, Eric Frank says he can feel a difference.

He's taking ibuprofen, but not opioids.

"I have neck pain and there is still swelling, because it's healing," Frank says.  "But, it's nowhere near as bad as it was."

He hopes the procedure will shrink the tumor and relieve his nerve pain.

Dr. Prologo has also used CT-guided cryoablation to treat phantom limb pain in amputees and to shrink tumors in people with metastatic cancer, to help them with pain control.

He's also studied it in patients trying to lose weight, freezing the vagus nerve, which is known as the "hunger" nerve.